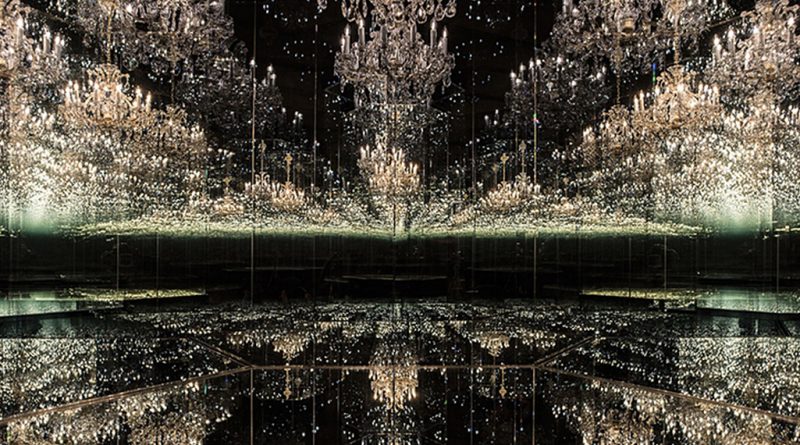 Art and photo credit: “Chandelier of Grief”, an art installation by Yayoi Kusama, a Japanese artist, on display in London at the Victoria Miro gallery (Photo: Justin Tallis)

RED ALERT | How do we know Truth?

Rather alarmist title however it feels to be a most appropriate one simply because most people don’t stop long enough to contemplate this single question. Most people choose to believe in another person’s word and work as truth, this is creating all the division and all the chaos just as it is meant to do.

Having dipped a foot into the waters of public persona, having stated my truth as I know it, having encountered the counter moves of those who “think” or “believe” they know any truth about this lady who occasionally speaks on YouTube or writes an article has given me many clues as to how pervasive this problem is.

Even the clearest speech, the most carefully wrought word is twisted the minute it hits the ears of the person who hears, these are the fields of distortion, every one of us is involved and tangled in this web. Our fault? In part and also the symptom a coordinated imposition on our sovereign state of being… we’ve been heavily messed with.

I am equally guilty of this charge, that is unless my consciousness has expanded to a clear enough state of being that simply sees beyond the fields of contracted paradigm of dual thinking, right versus wrong, etc. How do I know myself as Observer and how do I know that I am going free of the mechanized nature of the virtual reality we have come to accept as normal “human life” on planet Earth?

Yesterday sitting in the early morning light on my back door step I experienced a state of consciousness that ran like a ultra fast moving movie film, the message was everyone lies. Most lie consciously; that is just below their own censorship filters, they know they lie then lie on top of this with an inbred excuse, often one their own awareness doesn’t capture so we have distortion.

Example in point is the recent subjective outing of Corey Goode, et al. There is truth as to his real motivations, his own duplicitous nature and yes, he did this to himself … or did he? You see when viewed in a more integrated manner, he did and he didn’t. What his weaknesses, his fears and his needs dictated that he follow the path opened before him, the easy road of money and followers in a distorted language of seeming truths. He fooled himself to fool others.

The real question in point is why do human beings allow themselves to be so easily usurped by the god almighty dollar? Asking this question and then attempting to live by your word alone no matter the outer consequences is not for the faint of heart or those of cowardly spirit. The mechanized reality will extract from you all your past contracts, all your past debts and in this manner it too can be viewed as a worthy adversary because it will push you to your highest call.

Having once again listened to Manly P. Hall on ethics it is easy to use a gauge within your self when confronted with this question, does my action, do my words carry integrity and when they do not what exertion of will do I need to exercise to right my innership on the eternal sea?

For example I know when I write it is for myself, I am challenging the me to Be the projection in this world of my own words (spoken and silent), my own truth. Spirit has blessed me in many ways including the gift of the muse, the one that writes here through my fingers in the early morning light.

She is me teaching me. She teaches me through synchronicity, sudden unbidden thoughts that make me stop what I am doing to freeze frame long enough to see through what may be a distortion in my field. Challenging it is for when we set a course we often will follow it no matter what the price or we must follow it for it is our soul’s destiny … only a high state of awareness has any chance of making that determination and often they are one and the same.

Another moment brought me a message: “You (meaning us) create time.” And then I found this on a friend’s Facebook feed and the collectively known reality came into fuller focus.

REMEMBER: We ARE Time. Living probability generators. Between the moments, in the silence of your soul, you can see the possibilities and move. Stop. And breathe.

A Seth Reminder… (short and sweet)
………………………………………………
“There are points…where probabilities meet; intersections with space and time that occur in your mind while you change directions, where new probabilities that once lay latent suddenly emerge.”

Fundamentally this is our challenge not only within the world of contactees but all of life’s “experiencers”. It is all about consciousness and perspective. Being in the world and being able to see through the lens clearly is a tough one though as the construct is so well enmeshed in the fabric of life that most people haven’t a clue as to what is Real and what is falsely created.

Even a cursory study of ancient myths and world cultures shows us that the world of Spirit, the unseen world that IS presents the same message only varied by the epigenetic field from which the culture arose.

As a small participant in the ongoing public diatribe of experiencers versus researchers seeking facts, as a friend to many who have otherworldly contact as well as my own inner journey has led me to the knowing that while we are caught in a reflecting collective reality we are also the projectors of that reality. My inner assessment of Real is that it is fluid and harmonious while the construct constricts and binds. Learning to be navigators on the great cosmic sea isn’t for the faint of heart.

What remains the issue isn’t the varied points of view, it is the human ego that needs to be right and assert its mostly false identity. Without the development of integrated character which is the ability to let go of the false we will continue to fall into the divide.

Balance point of perspective that contains both hemispheres is harmonious conscious awareness. 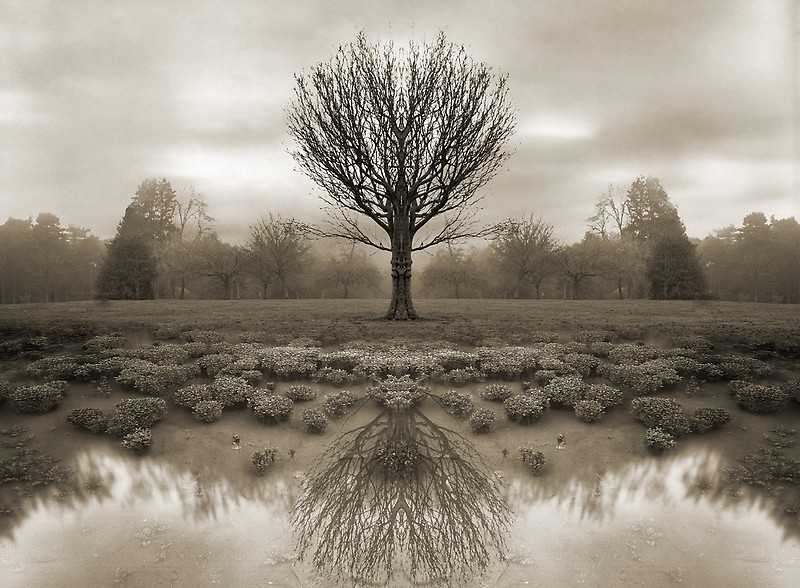