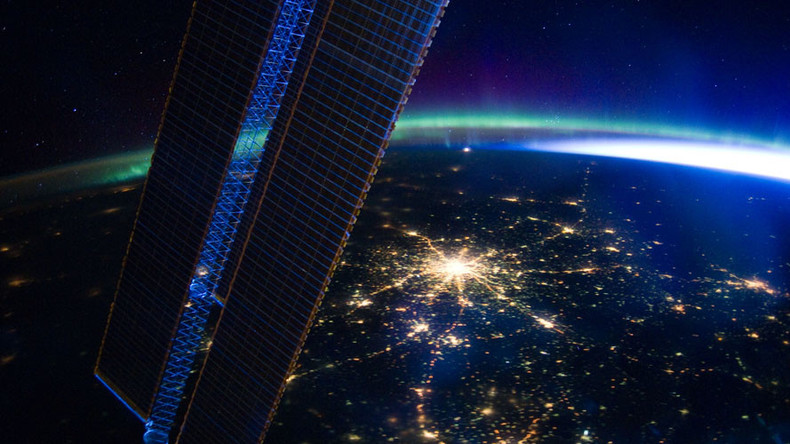 You can use the cursor in the upper left hand corner of the video to move the screen around for 360°.

What do you feel when in outer space? Alexey Leonov, the first man to risk stepping out of a spaceship, shares the experience with his friend, American astronaut Thomas Stafford. See the first-ever panoramic footage made in outer space in RT’s new documentary. A documentary made in 360° in outer space. RT LIVE http://rt.com/on-air