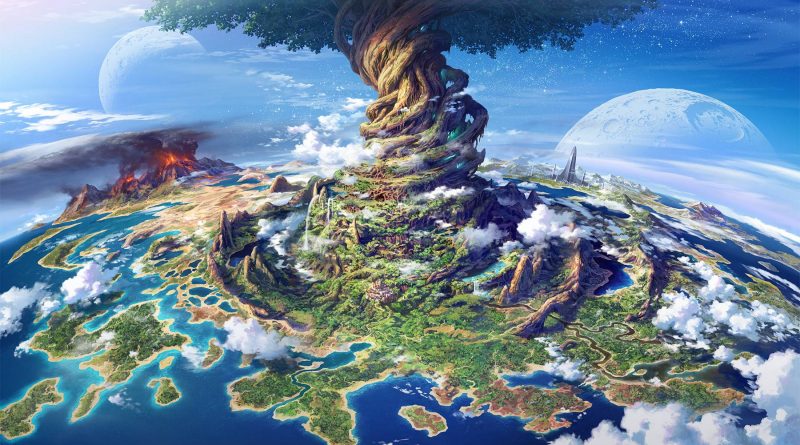 A bit of a forewarning the reader; when I start writing something it often ends up in unexpected places somewhat like an artist who begins a painting and watches as the image emerges.

I am a stickler for words and one who experiences some pretty disgruntled feelings about the way people use labels without any thought or knowledge of how the word came into usage. This won’t be the first time I walk out on a limb in an effort to bring some needed thought provocation to Lucifer, the light bringer and the morning star.

The Luciferian Agenda is one of the most common denominations used for the controlling cabal, ie: blood drinking Satanist, greedy death dealing bastards. It seems that this labeling propaganda has worked so well that most never question it, explore it and least of all make any effort to comprehend the energy of Lucifer.

Lets just start by exploring energy itself, the counter rotational fields of magnetism and the polar extremes of electricity, negative and positive. Do we say the negative pole is evil and the positive good? Creation itself is the result of these apparently opposing poles. Undeniably we live in a world reality that is the result of and thereby contains within it duality. Male-female, dark-light,  good-evil, the two hemispheres of our brain and the two hemispheres of the Earth (more on that later). What I see is that we still haven’t comprehended nor integrated the truth of our inner nature and so we simply cannot see a human wholeness manifesting in the outer structures.

Most people are caught up in physicality. snared in perceptual data that reaffirms in a continuum that we are mostly matter, molecules somehow miraculously locked into a form that we perceive as reality. Perhaps one of the biggest first steps out of the flat plane of physical reality was to look up at the cosmos and ponder the stellar realm. This investigation was once the work of the shamans, the mystics, the poets, the mathematicians and the magicians. Their writings and works have been left like breadcrumbs, what is left of them that is, and until recently reserved for the scholars, theologians and scientists to decipher. Great secrets are in these works so the search goes on and on and around and around.

She has long been in realization that all great works are a paradox, they are the key and the lock. The outward search is one of trajectory sending us down many rabbit holes and off into outer space, the far away stars beckon us home. Lets pause here momentarily for some piece of imagination or gnosis is missing from those who build space craft fired by exploding rockets meant to hurl the human form unto some distant planet. Some insanity is ruling here, for to take the same unrealized state of consciousness to another realm will bear the same fruit and home will remain a distant longing.

We now live in a time when most of humanity has access to the ancient scriptures coupled with the revealing of rediscovered ancient civilizations, we’ve been here a long time and the time line grows longer with each passing day and new discovery.

There are the many exploring their roots, reestablishing their connection to the Earth Mother, accepting that we are her children. As Alan Watts stated in his iconic humorous manner: “Apple trees apple, and well [chuckle] the Earth peoples.” I bring this in here because until we fully and deeply embrace our self as the great body of Earth we will be fragmented in the eternal search for our missing home. 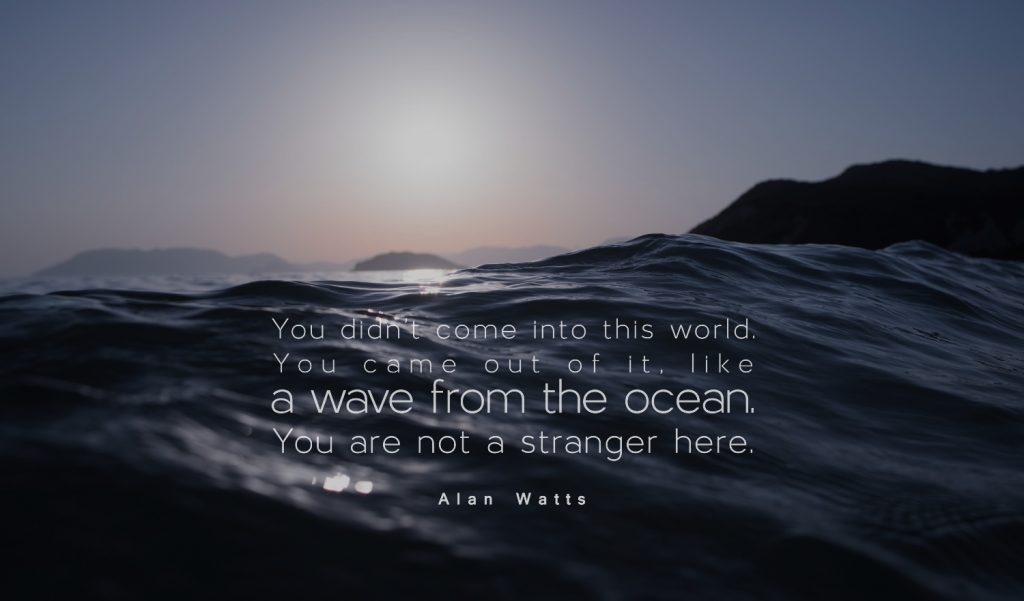 Bear with me as I will get back to Lucifer soon. Exploring multiple roots and branches works best for me, for by gathering the threads of a fragmented view and returning them to a more holistic one reveals a completing tapestry. This state of Wholeness is remembered but has not been witnessed for seeming eons of time.

Nature is the guide for She creates in a repeating pattern that express in an infinite diversity. By seeing the beauty of the pattern we can finally realize that our home was in us all along. The World Tree is the most ancient symbol used to depict Life creating life and it is found in every culture and race. It is more than a metaphor for the Tree of Life is the pattern with which life flourishes. 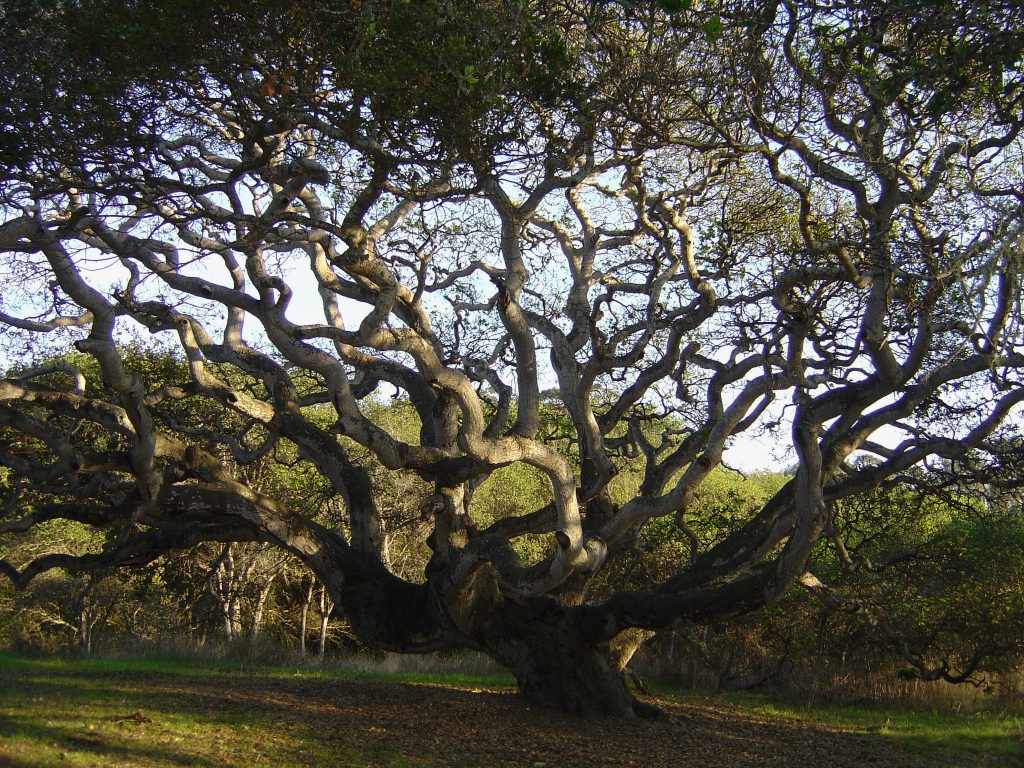 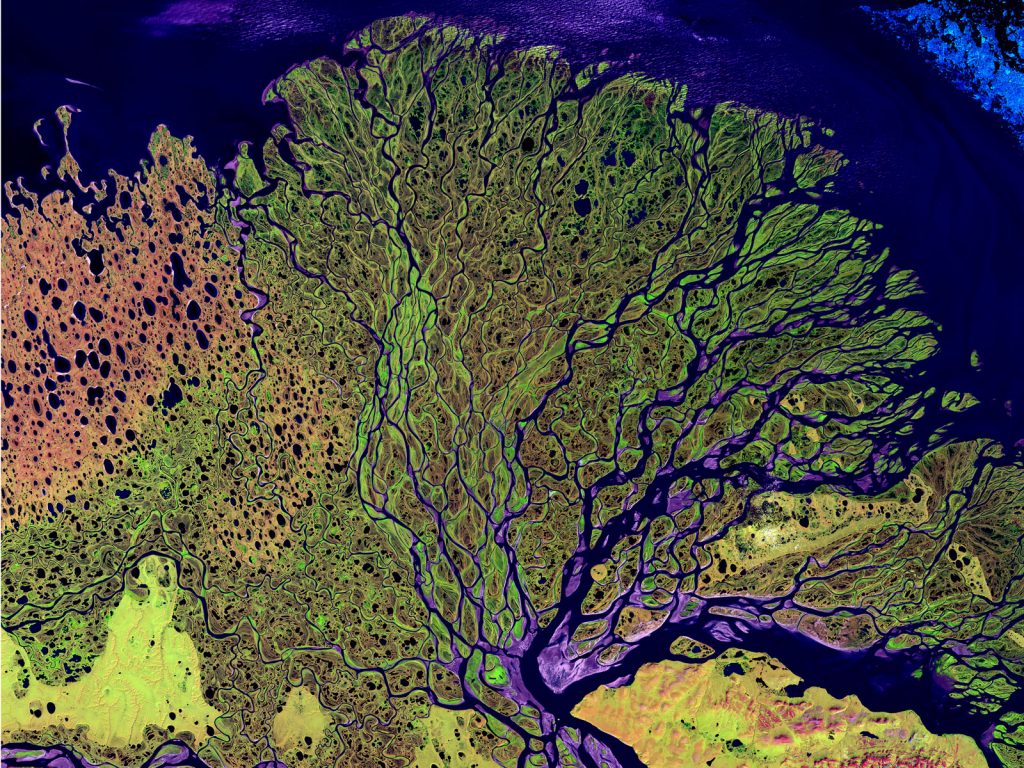 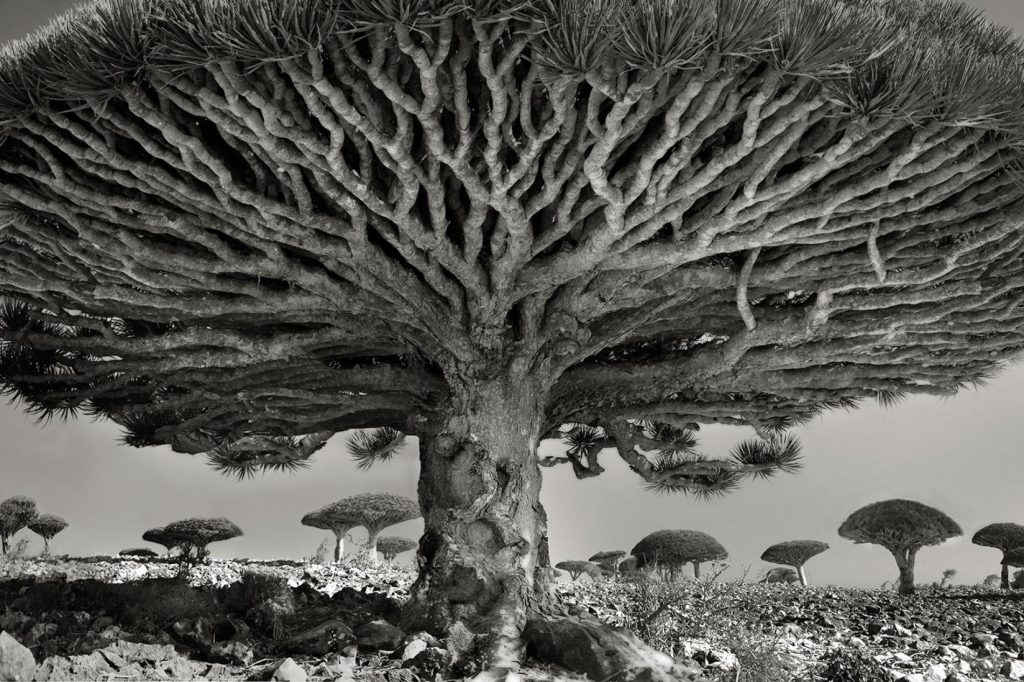 Heart of the Dragon Tree, Yemen 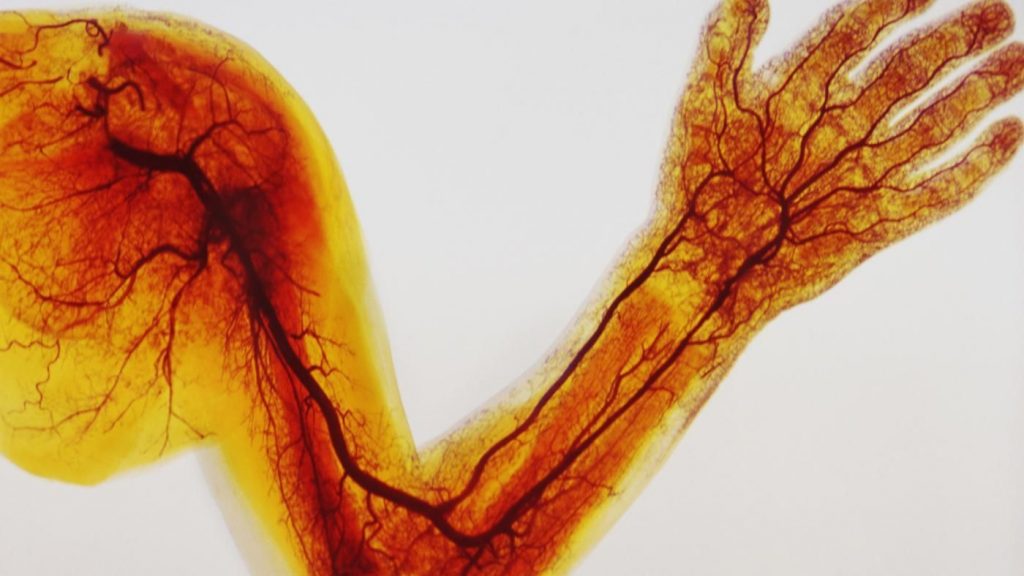 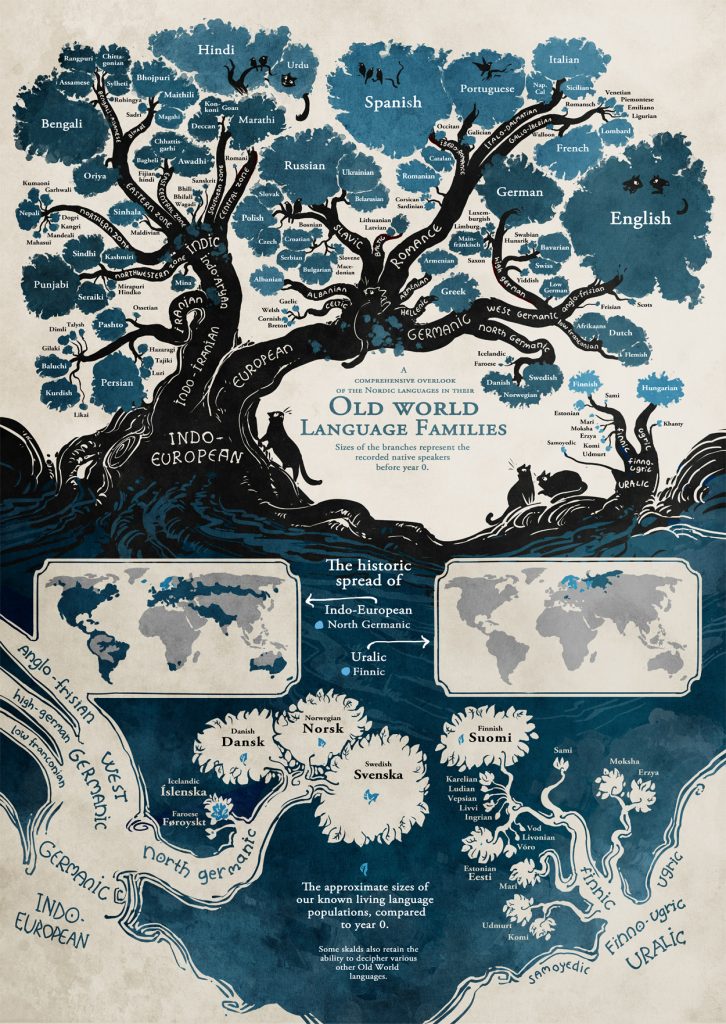 Old World Language Tree from the Norse, the origin of creation is sound.

The “Luciferian” agenda is in my mind the long sequestered secrets of creation by the hands of a few ignoble creatures who have proliferated a terrible deception and in doing so have wrought death and destruction on our home planet Mother Earth. If one believes a being is evil they most likely will never explore further and it isn’t too hard to figure out that is and has been the objective of  “the church” for if humankind had retained its integrity there would be no need for a priestly class or any outside authority.

Rather than write a reiteration of the research into the Being we know as Lucifer I am adding the link to a video Claudia and I recorded over a year ago. There are a few themes I return to again and again, with each return refining and synthesizing from the vast informational field that is the Cosmos. Even Wikipedia allows that the translation of Satan (Satanii in the Hebrew) to Lucifer in the King James version of the Christian bible is tenuous at best and downright deceptive when confronted with full gnosis.

Lucifer is both male and female, both negative and positive, both dark and light just as we are. There is a story to be told and deciphered here, for it is plainly clear that our Earth realm has endured eons of destruction. She has borne the impact of planets colliding and She has regenerated after mass destruction in the past. There has been some speculation that Lucifer is Tiamat, the planet that was destroyed in our solar realm, from my studies and introspection I have a differing take. With the destruction of Tiamat and the cosmic rift that opened there was a call put out (metaphorically speaking) to the Beings of magnitude who could mend this wound. In my memory those Aeons were Lucifer and Sophia, really One Being that split in two setting up an energetic cord or mend and the source of our longing to reunite, perhaps one of the most enduring of human emotions. The One we know as Gaia or Terra received the “Waters of Life” from Tiamat with Lucifer and Sophia as Cosmic regents. 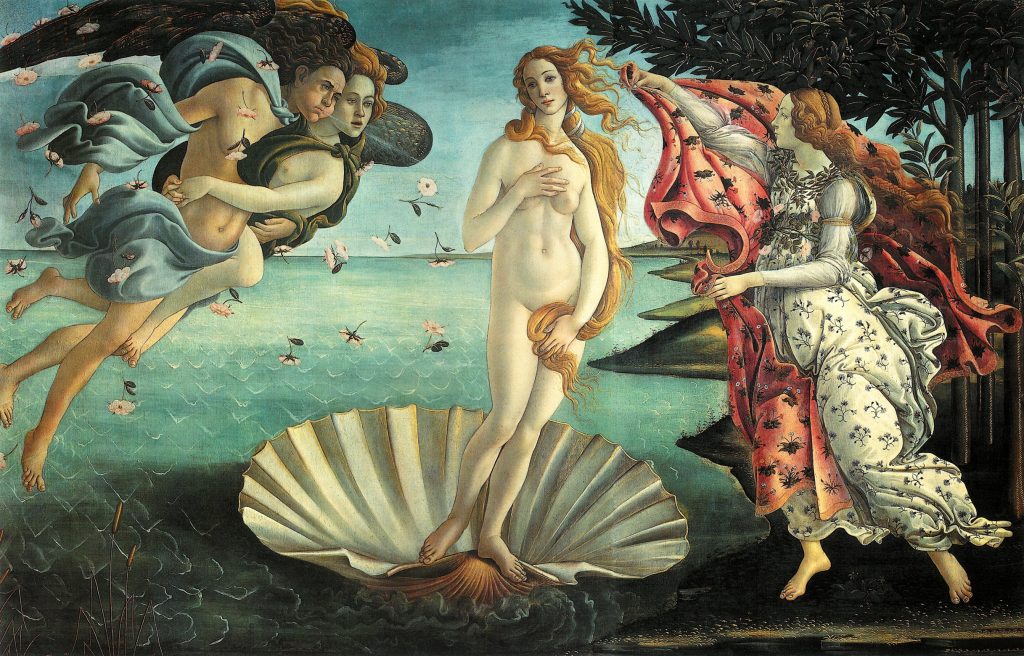 “The Birth of Venus” by Sandro Botticelli

Somewhere deep within our collective memory is a trauma so massive that we haven’t been able to confront it. A perfect crystal core shattered into incalculable shards, each a piece of the whole. From my innermost self i am Lucifer. i am the marriage of two hemispheres, i am the union of two sides of dual (duel) ity. Without the inner gnosis we will remain in a dueling reality of right versus left and that goes through all of our thinking processes, which carries with it the fundamental truth of divide and conquer.

A current demonstration of this is the ongoing dual hemisphere debate on the shape of our planet. It is all about perspective and trying to define the shape of the Earth without comprehending the ageless truth: “As above, so below.” is fraught with a lack of encompassing knowledge leading to misrepresentations and deceptions.

Flat Earth, Concave Earth, Hollow Earth, Sphere Earth, or Torodial Earth. They are all real and it totally depends on perspective. Upside down and inside out describes a Torus, a self perpetuating energy field that repeats in every living thing. Note I said: “A self perpetuating energy field.” Life moves through living matter at the central crossover point of the torus and expands outward from that single infinitesimal point that some call zero point.

Note to self: the third image is the spindle torus, spindle being the needle used to weave and in esoteric language it is the power point, also not the cross-section view that is the vesica pisces or sacred union. It also looks like a chalice. 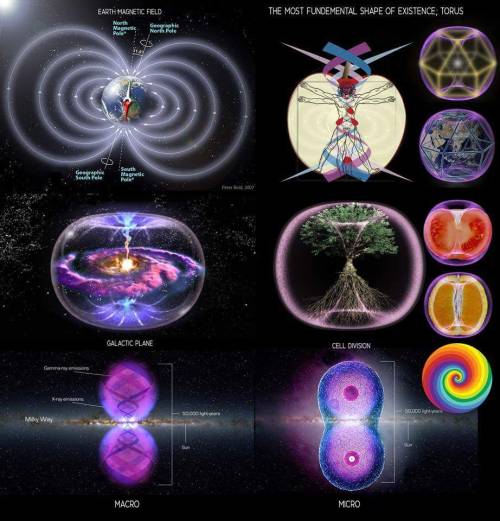 Be UR own spin or own your spin … again and again.

Do not dwell in negative thinking, dwell in Truth which is the forged inner blade that includes the two edges of the sword.

May these meanderings serve. There are many who have pondered and share these thoughts.  It is open sourced for anyone who perhaps also has felt these stirrings and wishes to explore the inner sanctuary of self, within Self within SELF. 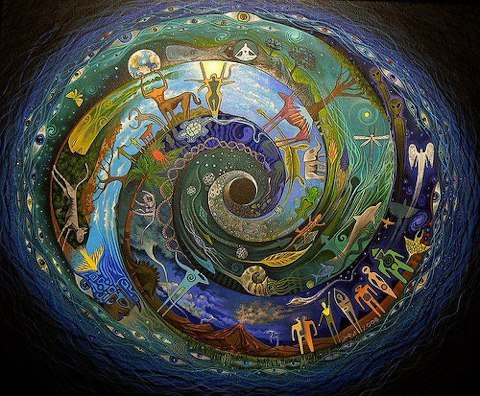