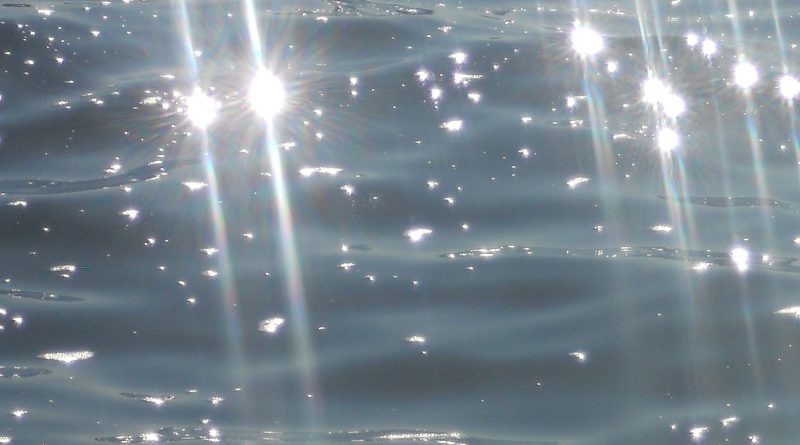 She sits in an eternal silent place immobilized she waits.

A small peal of laughter is heard rippling with the pure joy of innocence. She recognizes herself as she flies through seemingly infinite space, a dancing star leaving a trail of star dust all moving in pirouettes and swirls. The harmonies known in some unthought unfathomable way tracing song lines moving through space. Joy floats freely in a primordial sea of sound emanating unseen but heard.

She hears a call from a fixed star, she knows this one for she has many times circled this sun. The command is one she chooses to obey, a new sensation enters her, a moment, a pause, a separation occurs.

A choice is made, she falls swirling downward feeling the density of gravity and weight. She feels reckless in this choice for she gave no measure to consequences having never known one.

A great chasm opens as she falls, the music has stopped so deep is this emptiness. She feels fear, she has no word for it yet but she knows it by the feel of its icy grip.

No stopping now, she looks back to see so many others falling with her, fractured pieces gripped by the same fear of something unknown.

Spiraling down, down through a dark rift in space.

In the final descent she slumbers, numb with the knowing of what was lost.

Breath, so slow in coming this first breath.

She awakens to the first stirring of her self immovable in stone, time is meaningless in the eons that pass.

And then from this stone she sheds her first tears for as she waits she remembers the all she lost, the freedom of flight and the embrace of space. The tears turn to a stream remembering as the waters of life flow, overflowing now as oceans fill as sorrow and joy mix in an endless stream.

She sits in the now and here as she did then listening for the lost song. The rock she lays on hard against her back with the late morning sun warming long stretched out legs.

She knows this longing to return it has never been erased, it burns a small flame, she wonders the source of this everlasting glow, closing her eyes she looks within. People and places float in an out of focus, she sees so much with lucidity such a deep compassionate gaze inner forming as the visions once again dissolve into space.

Opening her eyes she looks around seeing the towering stone walls as they waver in a trick of sight and a sense of matter dissolving back to space, she looks to see what remains. In these ancient sacred stones faces emerge captured immortally, each a story to tell, pieces of a fractured whole.

Walking softly along the path to a place at the waters edge little sparkles of light reflect the rays of the sun, they dance and sing magically of the mystery of life.

Wisdom wraps her arms around innocence as the Spirit of life moves on the water.