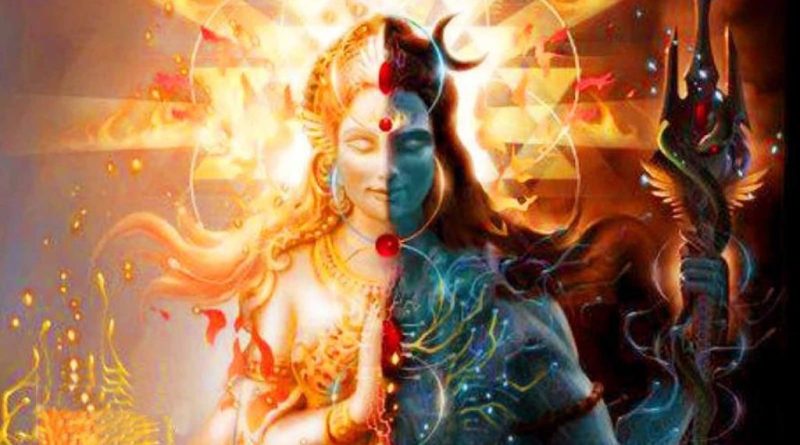 Max didn’t like the name super soldier, and I would have to agree, for it identified him with a program, a dark and nefarious agenda on planet Earth. He was and is much more than that; he is a Beloved and sacred son of creation.

He recently choose this powerful image for his Facebook page; he Knew.

I was not a close personal friend of Max’s but know some who were, and it is for them that I write these words; may they be found uplifting to the Spirit that is Max and the One that guides us all.

I will be blunt here, there were interests that wanted Max gone; there are two primary male figures that play heavily into this, but my intent is not to stir more controversy, not to go into the conspiracy spin recycling that would distract from the Real Max Spiers, the one who knew Love.

The last months of his life appear to have been a rough ride – anyone can see this in his eyes and demeanor if you watch the progression of his videos.

What the Mother is asking through my writing is to share with each individual who knew and loved Max to consider that by becoming embroiled in bitterness, seeking outside-type justice will not honor him in the way he would like to be heard. He Knew and accepted this part of his work.

Earth Empaths, as we have written about over the years, was founded on one thing – Love and the power of communion, Truth by listening deeply. With the news of Max’s possible death we as a loose collaborative group took a look inside, into the unseen and more expansive view. I also contacted a very beautiful and clairvoyant friend who had never heard of Max; this opened up a channel of communicating, and it is this message that I am compelled to share here, for it validated what others had already seen.

There are those in the internet media circus that will try to draw your attention to and hold it on the drama of his death. There are those elements that will want you to become embittered, afraid and closed off… He asks that you don’t allow this to happen.

Here follows excerpts of a conversation, confirming and filling in what many of us are receiving directly from his immense Spirit.

Christine: Saturday, I contacted you to see if you would be available to look at Max Spiers, he is one of the most known and beloved of the super soldiers, he was/ is reported found dead in Poland. :(

Christine: This has really rocked the community affecting many physically as well as psychically.

Christine: If you are inclined I can send you his picture, we are with many others trying to paste the puzzle together.

Friend: Looking at the situation, I see him all shriveled up, very aged looking. Brown. Injected with something, but not literally …. something having been imposed on him in some way. External. May have caused an internal process to start.

Christine: Yes, I kept seeing an injection too.

Friend: I’m sorry, he looks sad. He knows this was done but was powerless to stop it. Seems rather quick. Now you know how time works. So…couple of months? I see it as timelapse.

Christine: Yes, feeling such too. Here is his last Facebook post, the image, the merging of dark and light! He knew too much and was speaking too clearly about it.

Friend: He feels very loving. I’m not gonna look at that fb, I prefer “looking” without knowing or seeing physically. Helps me be objective. Ok, I see two men. One coming close to him. The other standing back a few feet. He knew he had done what he came here to do, and God only knows how, but he was trying to let the love he had for them and the recognition of the circumstances outweigh human emotions.

Friend: He accepted what was happening. He knew there is no death. He knew he would….hmmmm….he knew he was continuing some work he was doing by … transitioning from the physical. It was just sooner than he expected.  Somehow it is illness. But I keep seeing timelapse…appearing as only a couple of days. Though he did have human emotions about this….he was sad…. but still… he chose to accept this. There is something he can do now that he could not do before.

Christine: Please, keep typing, all what you are saying fits, fills in gaps. Thank you.

Christine: Only vague without other details, it fits and does bring what we are seeing into better focus.

Friend: The injection….this means….”we are going to do this now”…. it was not….with cruelty. Or…I mean….it was very matter of fact. It wasn’t done ….idk…to cause suffering. It was simply to end something. It was a shock to those who didn’t see it coming but not a shock to him. He did not feel angry or….in some way he didn’t want to fight this. It was time.

Friend: I keep feeling…a couple of months. But timelapse a couple of days. He is still here. He looks at his body. It was limiting.

Christine: Thank you, that will help others who are deeply connected to him, he was highly programmed and as you say very loving so for others it a shockwave, intended shockwave, a warning was implied in his passing. Like you we sense him more now, he is working from the other side.

Friend: But his life….transferred. He has powered up. It was a transference. As his body started to get “brown” to me, and started to wrinkle and age, his spirit became brighter, transferring his energy.

Christine: Out of time comes to mind, so it was “done” before natural time.

Friend: Yes. He was not expecting it so soon. But there was recognition at some point. And understanding and an acceptance.

Christine: Yes, I felt and saw his Spirit energy actually pull a large group of people up, he is immense.

Friend: Yes. And see…he can do more of that now.

Friend: It wasn’t like…monsters shutting him up. It was a contract fulfilled. That’s what it was. That is what fueled the acceptance. That’s why it appears without a fight per se. He wasn’t a victim per se.

Friend: I mean…it wasn’t like…5 men kidnapping and drugging and torturing…that kind of thing. It was much less dramatic. At first he did not understand …there was some process happening in his body. But…he did at some point. And it was like, “ahhh. I see.” For him, I mean.

Friend: He is however hampered in some way from free mobility. I see it is the hanging on of those who love him very much. But it is hampering. He hopes this does not fuel some type of anger.

Friend: Wow. He is a pretty strong dude, he ain’t all fluffy clouds and daffodils. But he has some pretty big work to do.

Christine: He does and we can help from ground zero as it were. No he ain’t. And yes, I sense he was entrapped in some manner, perhaps contract and he wanted to break it, when he realized he couldn’t, there were definitely drugs involved in the last months, two men were primary in triggering and reminding him of his contracts, I hear their voices, how they pulled him back. Yes, he must have chosen to let go, that knowing that love is stronger than death.

Friend : If people can get through that human grieving process, they can certainly be his feet on the ground. He is quite readily available. But…he is very clear. No souring. No hardening. No bitterness. No anger. It was time. When he realized this, he was filled with acceptance.

Friend: I don’t know why he is hanging around lol. A little unnerving, I don’t even know the guy. But the connection, his energy, at least I will say it hits me in the heart area.

Christine: I don’t know him either, but felt him intensely. He knows you can hear him.

Friend: Must be why he’s not leaving. There is recognition in his eyes. That’s so weird. Makes me dizzy. He does.

Christine: If I may share what you just shared with me, I feel drawn to write something for his friends, what you just wrote about him will help others to move through grief quickly.

Friend: He does want to touch those who love him. Now in this state, but he knows and sees the emotions cloud the connection. It is not he who holds back from communicating. Ask them to open up a way, he says. Anger or blaming the “other side” for this will make it next to near impossible for people to feel him and connect. That’s what he is telling me.

Friend: He says something about…he shows me a cloudy stormy sky, and as those clouds lift the sun shines through. But the funny thing is that the sun is coming from people, not him. The clouds don’t lift…they part.

Friend: It is up to these who grieve so deeply to set aside blame and see that it was a contract fulfilled. Sure…6 months ago he would have looked at it differently, so he understands that reaction. He just can’t reach through all that…idk…it is like a wall. So anyone who wants to feel that connection, he is one who will communicate…who can still touch through…if people will just clear the individual way.

He nods and smiles.

Friend: It was a very pressing message.

Christine: Tell Max, he is beloved, and we will help get his message out.

Friend: He smiles. He understands well the meaning of beloved. He agrees with that word usage. 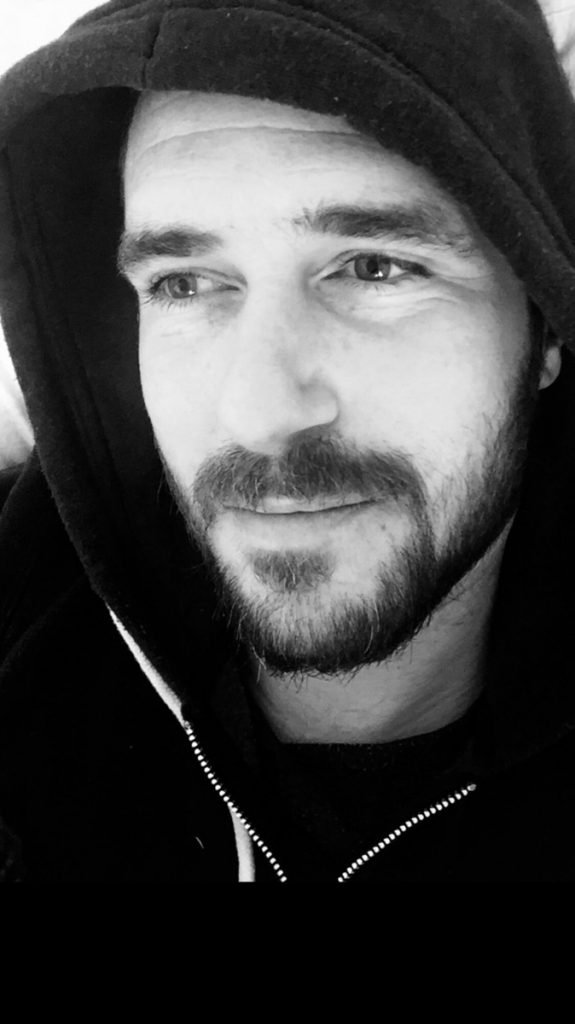 Me & my friend were walking
In the cold light of mourning.
Tears may blind the eyes but the soul is not deceived
In this world even winter ain’t what it seems.

Here come the blue skies Here comes springtime.
When the rivers run high & the tears run dry.
When everything that dies.
Shall rise.

In our lives we hunger for those we cannot touch.
All the thoughts unuttered & all the feelings unexpressed
Play upon our hearts like the mist upon our breath.
But, awoken by grief, our spirits speak
“How could you believe that the life within the seed
that grew arms that reached
And a heart that beat.
And lips that smiled
And eyes that cried.
Could ever die?”

Here come the blue skies Here comes springtime.
When the rivers run high & the tears run dry.
When everything that dies.
Shall rise.