Images in my mind… 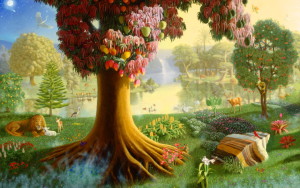 I see a story, I don’t know where it comes from, but it wants to be told.

I asked in my mind – how is it things came to be, you know, so out of balance. What man do I know, that I would want to know, would condone the things done to women and children, and even to other men.

Where does this story come from? I read two books lately by accident. One was about Lindow Man, and the other was about kinship and names. I learned a lot I wasn’t even looking for about the widespread practice of human sacrifice, and the elite of society and how they continuously preserve themselves through time.

The story that came to me when I asked how the normally protective energy of the divine masculine came to be so out of balance here on this beautiful planet, or at least what remains of her outer beauty. As above, so below. I asked how it could be that we have an elite that fosters and benefits from such things as war and slavery, and an inner core much darker than most can imagine. Who would want to go there, and yet it goes on.

Ritual sacrifice, rape, torture, and murder, staples of the darkness imbued with mal intent. Beings that have slowly methodically patiently maneuvered humanity, by taking advantage and exploiting our every weakness. Hypnotizing us into a dream of complete annihilation and death. How did this come to pass?

I then saw and felt this story, for what it’s worth. I saw a beautiful woman, who exuded a softness and love for life that is rare. Kindness and understanding shone out of her eyes. Then a handsome young man comes slowly into view, and one could feel his love for her as he looked at her with obvious affection.

Then another scene comes into view, a being who had been watching the two lovebirds with envy, as this feeling of true love and affection was unknown to him. This being came from people who did not value such traits as empathy, in fact they exploited this in others! It angered him to see such heart centered love being radiated as the two interacted.

One day he hatched a plan to poison the well of trust by deceit. He disguised himself to look like her beloved and caught her walking alone one day and seduced her. As she became aware that she had been deceived she fought against him. But he continued with his dastardly deed, committing the first rape of the divine feminine. As above, so below.

Secretly he wondered if he could trust his beloved anymore. He felt defiled in some in definable way. Thus began the beginnings of resentment, suspicion, and revenge. As above, so below. He hid his feelings from her, for fear of losing her. He had never been alone. So began the downward spiral that has coalesced into our present time, where you see a tolerance for all that we know in our hearts to be wrong.

It’s not rocket science to know how to treat one another. I see it all the time when I am with a small group of people who have chosen to work on some project. Mutual respect, awareness for the needs of all present. A sense of protectiveness for the safety of all. An intuitive awareness that develops over time between people who know and trust one another.

It’s also not rocket science to know when something is out of balance. Where on earth did it ever become fashionable to constantly question yourself to make sure you’re not thinking outside the box? Consensus reality or else? It we continue in this way we will extinct ourselves and all that makes us who we are. Humans, when they are left alone and not constantly manipulated to behave like unconscionable brutes or hypnotized sheep, are really quite wonderfully adaptive, creative, and spiritually oriented beings. And yes, we CAN trust ourselves to say “no, the Emperor ain’t got no clothes!”. No, it’s not just our wild imaginations run amok. Everything is ass backwards and we need to shake ourselves out of the state of collective shock that this could be happening and rise up as one single voice and say “Not in Our Name!”

3 thoughts on “Images in my mind – Spiritwind speaks”