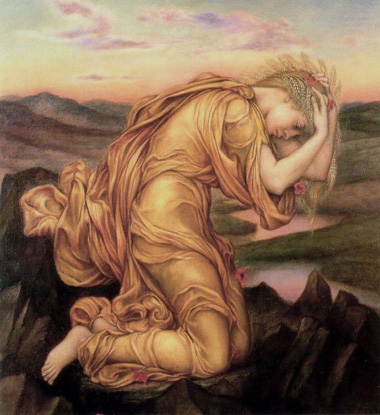 Many people disbelieve children’s words, such as Alisa’s and Gabriel’s in the latest sexual abuse scandal, to the point of finding excuses as to why they wouldn’t be telling the truth. No surprise in this day and age when lies are accepted as fact.

Until we face truth as a collective, this planet will not be free nor will any being inhabiting Earth.

Of course, to those with eyes to see it is obvious just how much satanic ritual has slithered into today’s world. From “health care” to “education” to religion to name just a few, everything is ritual. However, adults have the option to simply withdraw from this madness whereas children do not have that choice.

There comes a point, when you’ve seen it all repeatedly, when you’ve experienced most of it over and over again, that there is simply no fear left.

The thought of death is not scary. Not to an aware being and most certainly not to a child that has known nothing but abuse in her or his short life. Death becomes attractive when your insides are burning and your head is splitting and you know if you pass out from the pain, the punishment will be much worse than death. So you learn to retreat to the one place that is inaccessible to anyone else.

They can torture you, they can maim you, they can even kill you. And they do all those things. But they cannot reach the place they are most desperate to reach – that place deep within yourself, that place you retreat to when the reality becomes too much to bear. The very part of you that makes you indestructible, that goes far beyond physical death. That intricate connection to the Divine, the All There Is, that nobody really comprehends in this physical, material world, yet is there for everyone to access.

Retreating deep within becomes second nature because there you’ll have solace, love, healing, comfort, hope readily waiting for you. And eventually you’ll emerge knowing that this is part of you. This accord – seemingly so complicated to the unknowing yet so simple, so natural to those who’ve found it – is always there, reminding you only Love is real, letting you know only Truth will set you free, encouraging and finally ensuring that you’ll find your power. Power over yourself, which no other being can take away from you.

That connection is exactly what sets you apart from those who stoop so low as to torture other beings. They are convinced they are disconnected from the Divine; they are that lost, and all they can do is exercise power over others by torturing and killing. And in their despair, they think they can force a connection through someone else by committing crimes no being with that kinship to the Divine can fathom.

And this communion is the one thing they cannot gain. Pitiful creatures they are, so devoid of power that they become delusional, thinking they can find something outside when all it takes is to look within. But to get there… May they all wake up now.

5 thoughts on “Never Mind Your Fear”