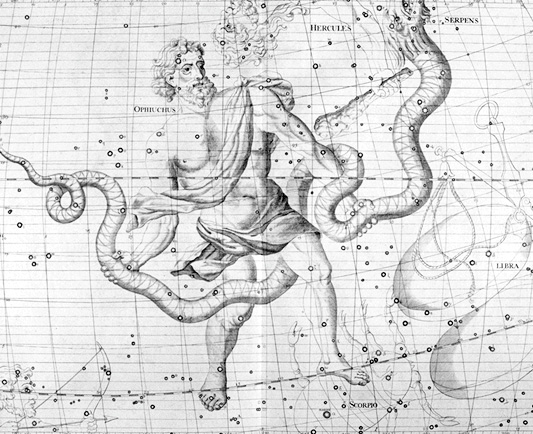 Seeking to penetrate the mysteries at the very roots of the Cosmic Tree of Life.

Each of us is a living caduceus – each a Wand of Gnowing, hewn from the Tree itself. The roots of the Tree reach deep into the unseen world and it is our journey of consciousness that we seek to reveal that which has been hidden.

Don Juan said, “You’re being torn by an internal struggle. Down in the depths of you, you know that you are incapable of refusing the agreement that an indispensable part of you, your glowing coat of awareness, is going to serve as an incomprehensible source of nourishment to, naturally, incomprehensible entities.

“And another part of you will stand against this situation with all its might. The sorcerers’ revolution is that they refuse to honor agreements in which they did not participate. Nobody ever asked me if I would consent to being eaten by beings of a different kind of awareness. My parents just brought me into this world to be food, like themselves, and that’s the end of the story.”

Who are these parasitical predators? By their fruits shall we know them.

In the Hermetic Alchemical Tradition, the caduceus is a symbol of spiritual awakening, and has been likened to the Kundalini serpents of Hindu mysticism. The Caduceus was originally a healing tool employed in the temples of Atlantis and Egypt. It had been brought into this realm by the Illumined Master, Thoth. The wings on the Caduceus are symbolic of the liberation of consciousness from the warp and weave of dual systems, once it moves up the staff between the serpents and further, beyond their reach. The Caduceus additionally represents the DNA helix, which contains the crystalline frequency of all Morphogenetic fields

OPHIUCHUS THE 13TH ZODIAC SIGN OF THE MOON CYCLE CALENDAR IS BETTER KNOWN AS SERPENTARIUS, THE SERPENT HOLDER

Before Pope Gregory XIII Church took over the celestial Zodiac, there was a Lunar Calendar which is 28 days to a month of 13 Lunar cycles in a year. This leaves 1 extra day a year unaccounted for, being a day sacred to the goddess Gaia. The leap year being a day sacred to the gods. So moving to a ‘seasonal zodiac’ where there are four seasons each with a beginning, middle and end – makes 12 zodiac signs – so there is no such thing as a 13th astrological sign within the seasonal zodiac – the 13th ‘snake’ sign was cast out of the zodiac and forgotten by the rule of the Church.

The sign of Ophiuchus is patterned after the original ‘Serpent Holder’, Enki, a Sumerian god. The constellation, Ophiuchus, has been known since ancient times, and is better known as Serpentarius, the Serpent Holder. It is included in the list of 48 constellations described by Ptolemy. Ophiuchus is depicted as a man handling a serpent; his body dividing the large snake into two parts, giving way to the symbol used today as an Asclepius – the medical staff.

Astrologers have not included Ophiuchus in the wheel of Astrological signs because the Sun spends only about nineteen days in this 13th sign of the Mazzaroth. Not that there wasn’t a 13th sign in the Heavens, but as far as Astrologers were concerned, the Sun traveled from the constellation was not the case. The Sun, for 19 days of the year, travels through the star constellation ‘Ophiuchus’ before entering Sagittarius from Scorpius. To acknowledge a 13th sign now would seem awkward for astrologers, who like the tidiness of 12 seasonal signs that rule over the 12 houses of the Zodiac. 13 is a VERY Very ancient magical number and the snake is the most ancient religious symbol of wisdom, medicine and power so by dropping the 13th month and the snake zodiac – ‘those in control’ – cut out the most important part of the puzzle of life from peoples minds.