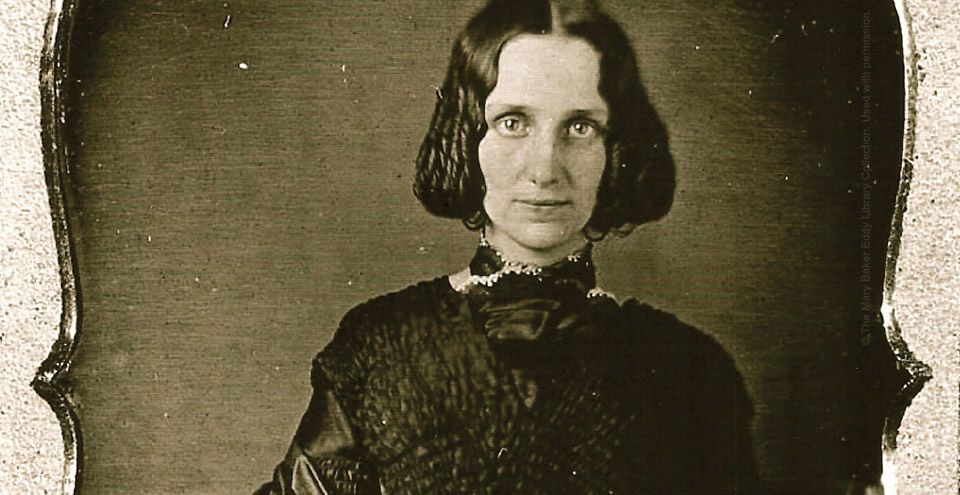 We cannot peacefully agree as to her motives, therefore her character must remain crooked to some of us and straight to the others.

No matter, she is interesting enough without an amicable agreement. In several ways she is the most interesting woman that ever lived, and the most extraordinary.

Mary Baker Eddy (July 16, 1821 – December 3, 1910) was the founder of Christian Science, a new religious movement, in the United States in the latter half of the 19th century.

In the 24th edition of Science and Health, up to the 33rd edition, Eddy admitted the harmony between Vedanta philosophy and Christian Science. She also quoted certain passages from an English translation of the Bhagavad Gita but they were later removed. According to Gill, in the 1891 revision Eddy removed from her book all the references to Eastern religions which her editor, Reverend James Henry Wiggin, had introduced.[74] On this issue Swami Abhedananda wrote:

Mrs. Eddy quoted certain passages from the English edition of the Bhagavad-Gita, but unfortunately, for some reason, those passages of the Gita were omitted in the 34th edition of the book, Science and Health … if we closely study Mrs. Eddy’s book, we find that Mrs. Eddy has incorporated in her book most of the salient features of Vedanta philosophy, but she denied the debt flatly.[75]

Other writers, such as Jyotirmayananda Saraswati, have said that Eddy may have been influenced by ancient Hindu philosophy.[76] The historian Damodar Singhal wrote:

The Christian Science movement in America was possibly influenced by India. The founder of this movement, Mary Baker Eddy, in common with the Vedantins, believed that matter and suffering were unreal, and that a full realization of this fact was essential for relief from ills and pains … The Christian Science doctrine has naturally been given a Christian framework, but the echoes of Vedanta in its literature are often striking.[77]

The Greeks showed a just estimate of the person they called slanderer, when they made the word synonymous with devil. If the simple falsehoods uttered about me were compounded, the mixture would be labelled thus: “Religionists’ mistaken views of Mrs. Eddy’s book, ‘Science and Health with Key to the Scriptures,’ and the malice aforethought of sinners.”

As a little girl, Mary remembered going through her grandmother’s trunk in 1820’s-30’s rural New Hampshire and taking out an old rusty sword, a yellowing news article on the death of George Washington, sonnets written by a female relative and accounts of the doomed Covenanters, a Presbyterian Scottish sect. Her grandmother was a living link to New Hampshire’s frontier past who loved to have Mary bring or read to her secular material. Her grandmother had been a woman who liked to read too much for her husband’s liking. Mary’s memory of sitting in an old rocking chair with her grandmother, reliving the frontier days remained a constant one throughout her life, so much so that she always tried to keep a rocking chair in her possession.