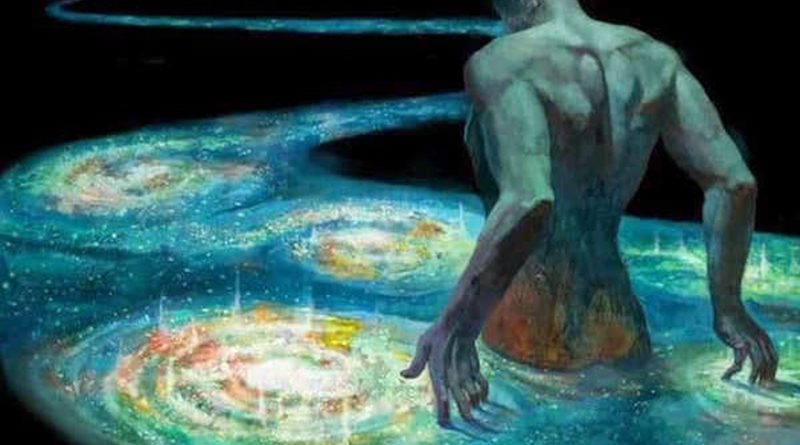 She writes after existing suspended for three days in the undoing place of waiting for coherence. She unabashedly has pulled nuggets of gold from other friends’ sharing. She acknowledges each gift and the free-givers of wisdom, those who listen and bear fruit from the swirling tides of change.

The world is chock-a-block full of distractions, virtually induced informational fields that are a centrifugal force always pulling one away from center. The adept or mystic retains an inner core of being, knowing thy self through contact with Self. This doesn’t mean that the pull toward outer is less felt or negated, force meets force and that is key to an implosion toward integration.

We are consciousness. However the state of our consciousness is the key that each individual must access alone. While other’s can see our actions, hear our words, agree or disagree this has little bearing on an inner state rooted in truth.

And truth is simple, never complex nor does it contain multiple overlays of belief, ideology, nor identity. Truth is pure but rarely accessed. It is seen though the eyes of the uncompromising observer. When one attains a state of being that is uncompromising, even in a rare moment of lucidity whole paradigms shift.

Then comes the always present existential question; how does this relate to my individual experience, my actions and my choices. It is the inward looking type of question for: The unexamined life is not worth living. ~ Socrates

It will make one uncomfortable for change does not ensue from comfort, from complacency, nor by clinging to worn out truisms, ideologies or socially engineered conventions bonded in place by agreeing with some outside authority. It via the inward examination of self motivators, by being honest with self and all the hypocrisies and delusions we live with. This is the field where one polishes the mirror through which we see darkly.

As I linearly put these words down on my screen it would appear that this is a process requiring lots of thought and consideration, while sometimes it does require such and more so in times of challenge, it can and does become a fluid movement. We don’t need to make pie charts, columns of pros and cons, we learn we don’t need to ask anyone’s opinion from outside of self if an action is veritable.

There is great value in waiting, something our modern mind rebels at for we are living in the land of the doers and the doing. Waiting requires humility, it requires trust in the natural order of the Universe. It is often uncomfortable. We’ve been trained to love control and fear the unknown. Albeit that control is a lie and based on deception. How many fantasies are lifted into the air only to fall like fairy dust never finding a root through the bedrock of our creations. Note: fantasy is different from imagination, the factor that allows us to imagine the unseen and bear fruit through the art of living.

This is the remembered (re-member as in put together as a whole) past, the fertile soil of wisdom where a seed is planted to bear fruit.

She smiles to herself, that Mona Lisa smile that knows but doesn’t know, that is but never is … oh my! the paradoxes of living that bring her to this quiet reverie and outward sharing of the inner ruminations of a soul.

~~~
“The evolutionary nisus is pushing towards a development of the cosmic Force in terrestrial life which needs a larger mental and vital being to support it, a wider Mind, a greater wider more conscious unanimised Life-Soul, Anima, and that again needs an unveiling of the supporting Soul and spiritual Self within to maintain it.”

His [Sri Aurobindo] life’s work was centred around this issue. The problems created by the power of thought and rational intelligence cannot be resolved at the same level of consciousness. Here in lies our fundamental difficulty. Nor does a spiritual liberation into otherworldly transcendence have any impact on the evolutionary crisis unfolding on earth. That is why the mainstream traditional spirituality primarily dealing with individual liberation is of not much value to the future of the planet. It is here on earth the evolutionary process is accelerating and it must be here on earth and within the framework of matter the solution is to be established, not in any timeless existence beyond this material world.

“For the problem is fundamental and in putting it evolutionary Nature in man is confronting herself with a critical choice which must one day be solved in the true sense if the race is to arrive or even to survive.”

This demands a clear vision of the process of evolution, its future course on earth and practical ways to engage with it.

In the above lies the crux of the matter, mater, of Mother. For if she is evolving and She is, for all evolves even planets and stars, then we her children must evolve with Her or be assimilated in some other reality. I can not say nor do I know the outcome of the trajectory, all I can do is align my inner compass with the central core of Her immense beauty for even as I grieve the loss of life forms seen through my outer eyes I can know Her as her.

In my knowing I hear Her cry too.

Life lived locked in the prism prison only sees the reflection of the projection, the hall of mirrors. To be free one must find the inner door for then the whole of the Cosmos opens and we can once again set sail on the Cosmic sea.

2 thoughts on “Shhhh… Listening to Self within self”