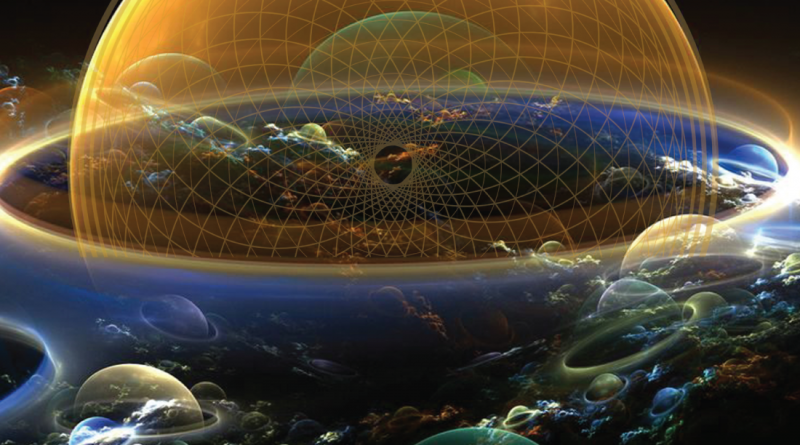 A slight movement in time and space is felt stirring in the profundity of her soul. Her sleepless eyes awake to another day before the dawn. She has heard thunder through the night and a high pitched shattering sound.  A dark mirror cracks and falls away, she plummets down through thick astral clouds that obscure her sight and then she hits solid ground. Sharp obsidian spires blacker than night give way to a trailing ray of light.

She now rests and puts notes of words on this page.

Harmony and Grace playing in the spheres, notes appearing and receding, mixing and playing creating the great symphony of Life. So pulled in bilateral directions she stretches a bit more … The strength of love’s union is what keeps her from being ripped in two.

She holds the sacred ground. 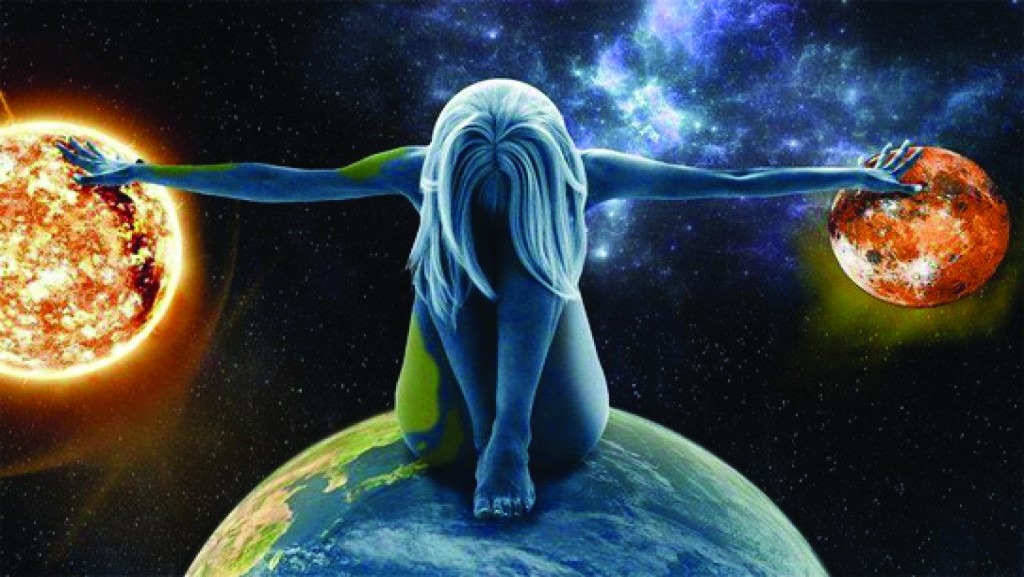 Memories coming flooding in, words rise and fall playing in the field of her mind. One word is heard in a steady beat, prónoia and she knows it not…  And then she sees, for as man was made conscious of a self that realized he thinks, she is made conscious of foresight, of the Wisdom that steadily and gently guides with the truth. In the space between the words she hears this Truth, the two who are the One, a union of Love is the Logos of Life creating the manifest.

The Song of Songs

Listen, O dearly beloved!
I am the reality of the world, the center of the circumference,
I am the parts and the whole.
I am the will established between Heaven and Earth,
I have created perception in you only in order to be the
object of my perception.
If then you perceive me, you perceive yourself.
But you cannot perceive me through yourself.
It is through my eyes that you see me and see yourself,
Through your eyes you cannot see me.

I have made myself fragrance so often, and you have not
smelled me,
Savorous food, and you nave not tasted me.
Why can you not reach me through the object you touch
Or breathe me through sweet perfumes?
Why do you not see me?  Why do you not hear me?
Why? Why? Why?
For you my delights surpass all other delights,
And the pleasure I procure you surpasses all other pleasures.
For you I am preferable to all other good things,
I am Beauty, I am Grace.
Love me, love me alone.
Love yourself in me, in me alone.
Attach yourself to me,
No one is more inward that I.
Others love you for their own sake,
I love you for yourself.
And you, you flee from me.

Dearly beloved!
You cannot treat me fairly,
For if you approach me,
It is because I have approached you.

I am nearer to you than yourself,
Than your soul, than your breath.
Who among creatures
Would treat you as I do? I am jealous of you over you,
I want you to belong to no other,
Not even to yourself.
Be mine, be for me as you are in me,
Though you are not even aware of it.

Dearly beloved!
Let us go toward Union.
And if we find the road
That leads to separation,
We will destroy separation.
Let us go hand in hand.
Let us enter the presence of Truth.
Let it be our judge
and imprint its seal upon our union
For ever.

“Book of Theophanies, by Ibn ‘Arabi. Quoted in Alone with the Alone by Henry Corbin.  Ibn ‘Arabi was a 12th-13th century Sufi mystic who had a profound revelation of Sophia while in deep prayer in Mecca.  Corbin discusses Arabi’s mysticism of Divine Love as a dialectic between the Godhead’s longing for his Hidden Treasure that became separated from him/her with the emanation and the longing of the essence of this original God/Goddess energy that lies within creation to reunite with the Great Source.  The poem above is one expression of this theme that is a reverberation of the great Song of Songs.”

The Logos of Love

“The idea of the logos in Greek thought harks back at least to the 6th-century-bc philosopher Heracleitus, who discerned in the cosmic process a logos analogous to the reasoning power in man. Later, the Stoics, philosophers defined the logos as an active rational and spiritual principle that permeated all reality. They called the logos providence, nature, god, and the soul of the universe, which is composed of many seminal logoi that are contained in the universal logos. Philo of Alexandria, taught that the logos was the intermediary between God and the cosmos, being both the agent of creation and the agent through which the human mind can apprehend and comprehend God. According to Philo and the Middle Platonists, philosophers who interpreted in religious terms the teachings of the 4th-century-bc Greek master philosopher Plato, the logos was both immanent in the world and at the same time the transcendent divine mind.”

“Barbēlō (Greek: Βαρβηλώ) refers to the first emanation of God in several forms of Gnostic cosmogony. Barbēlō is often depicted as a supreme female principle, the single passive antecedent of creation in its manifoldness. This figure is also variously referred to as ‘Mother-Father’, hinting at her apparent androgyny, ‘First Human Being’, ‘The Triple Androgynous Name’, or ‘Eternal Aeon’. So prominent was her place among some Gnostics that some schools were designated as Barbeliotae, Barbēlō worshipers or Barbēlōgnostics.”

The rays of sun She takes and holds, and births the planet whole,
As She dances the rounds and rhythms long that tumble as we roll,
Through space She claims as Earth’s own song, harmonies of the spheres,
That create the time and space we know down through the passing years.
She suffers long to bear our weight, both our bodies and souls,
Patiently awaiting the time when our spirit can hold its own
And not depend on Her unconsciously, without ever any praise,
Uniting again as One Earth, till our voices together we raise,
To exalt Her names, Her deeds of old, to know Her efforts true,
To find the way to unite again, one planet, one spirit, renewed.

From the Gospel of Sophia ~ Tyla Gabriel

A Vision of Oran Mór:

“I saw more than I can tell and understand more than I saw; for I was seeing in a sacred manner the shapes of all things in the spirit, and the shape of all shapes as they must live together like one being.
And I saw that the sacred hoop of my people was one of many hoops that made one circle, wide as daylight and as starlight, and in the center grew one mighty flowering tree to shelter all the children of one mother and one father. And I saw it was holy.” 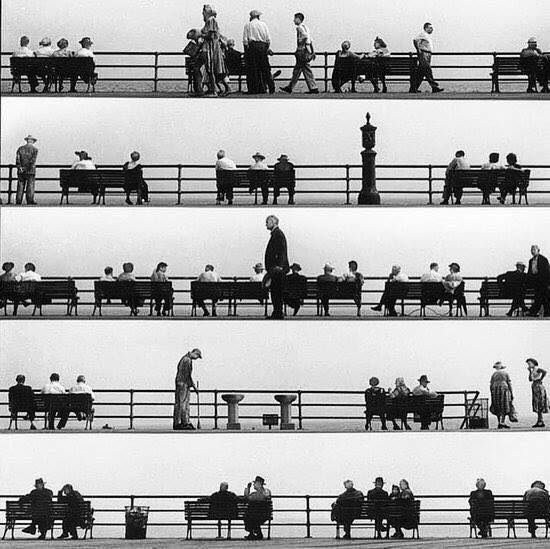 Each one a note playing in the great symphony of life, each and every one.