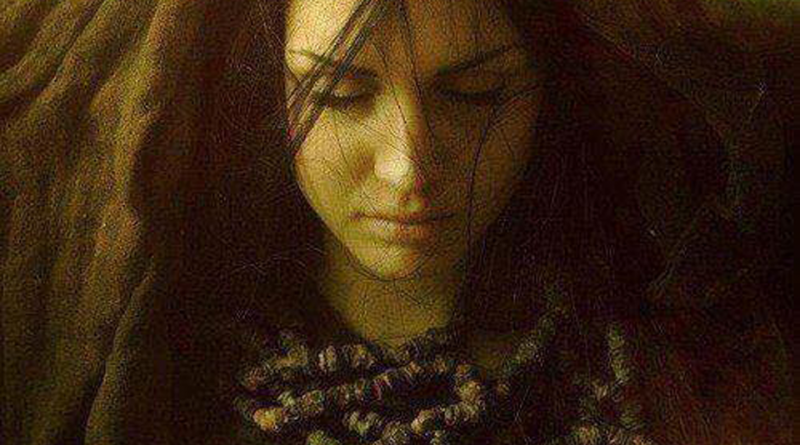 “I had drunk so deeply of grief and innocently gambled so hard with fate and irony that a special kind of vision was gathering in my eyes, not entirely clear just yet. This was the same look people saw in your eyes when you have died for beauty and come to live accepting nature as life with no promise of paradise, and mad at people who couldn’t see that.” 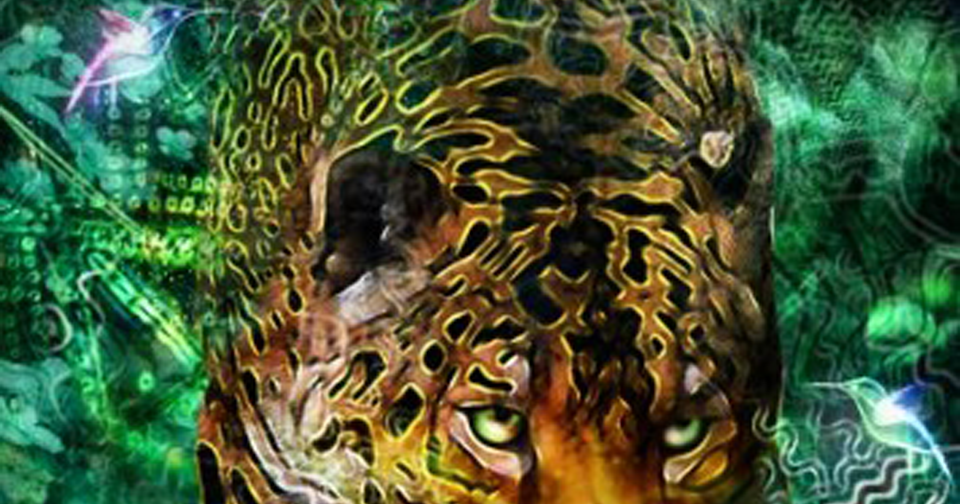 The wanderings of my nights turned day and days turned night has brought me deeper within the Well of Destiny so that the rising to the solar light is met in sublime ecstasy. But let us give pause here for wyrds are woven rather than spoken … This, the secret language of love.

How does one put words to the pure without corrupting the silent place where the music of the spheres is heard? Ahhhh… she sighs in the mystical realms of i and u and we. This land must be so softly walked upon with reverence for the most profound beauty of the all.  Typing these words on the digital screen leaves but a trace, a golden thread which can not be seen when not heard.

A deepening muse as I awake for another day capturing the dream of a fantasy. Appearing before the eyes of a fluid reality I hear the inner voice that whispers from the depths of the connected heart beat, there is only one energy that can’t be hacked, replicated, or distorted in any way and that is the pureness of love surrendered to eternal grace.

The spinning spheres of the higher mind that sees how easily the human being has been led to fear that which it does not know. Lurking behind every shadow a character, a code. And yet … in the pause of Metronome, in the space between the beats, silence speaks. 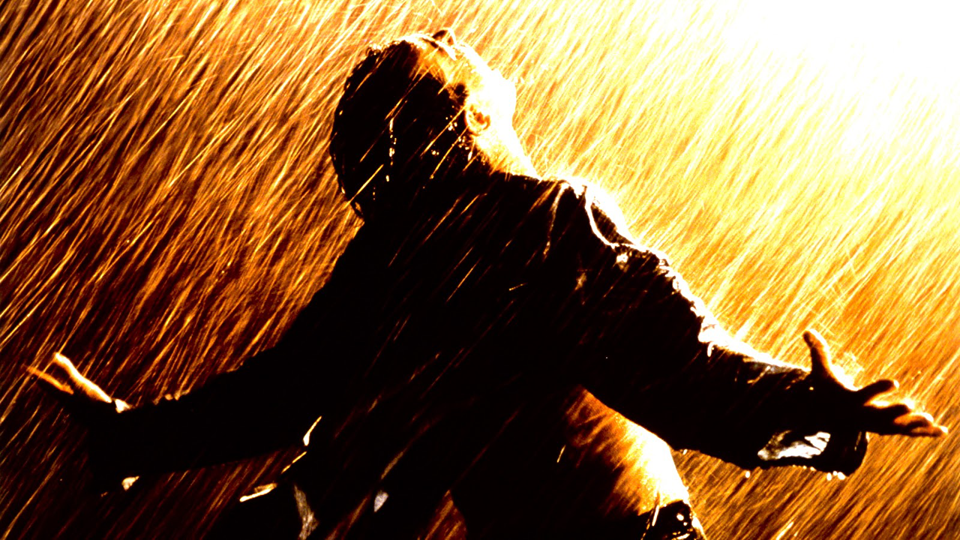 The Weaving of Golden Thread

With No words for words to be un-read.

For in Truth of Weaving of the Wyrd.

First was the Toning of the Byrd.

Then followed the ‘Human song’ of the Bard.

In Musical muse of Tonal Flow.

Then the Laying down of Rune.

To set the sound of Merry Tune.

Then came sorcery, play on word.

The twisting of Purity, then was not heard.

Comes now in the words like Dread and Dead.

Now ruling many a Nation.

For those that, now hear the Caull.

Blue eyes upon each other Rest.

Asking each other, will you take up the quest?

To tell, the un-spell, that now is the time.

A call to all Bards and Prose.

All that are in the knows.

To all start achieving.

The un-spelling of False Weaving.

Enabling once again to weave, The Tapestry of Life.

Without the Thread of Pain and Strife.

To return back to the singing of the Byrd.

The Tonal weaving of the Wyrd.

Now question is Who? will join with me?

Who can also Hear the Wyrds Ancient ‘Key;

The Tone of Heart/Hart in all that be.

The Golden Weave again be free. of all False words of Sovereignty.

The Weave and the Weft. Have their Place.

In such amazing Grace. So question is if on looking back.

On our own lives Tapestry.

Take responsibility of what we see.

The Tapestry of our own Tone.

Each character in it we own.

Each experience we have sown.

Of this Earth, Where we were birthed, with True feeling.

The True weaving is of Double meaning.

Now take a look at the back of Your Tapestry.

Is it full of knots and cut of Threads done carelessly?

Done in a statement , “Not matter, no-one will see’.

The other part of me and my Tapestry.

Or is it done in such precision, Choice of self of Great Wisdom.

That on the back, another beautiful story. Presents.

The Weaving of Your Tapestry, Your Divine Essence. 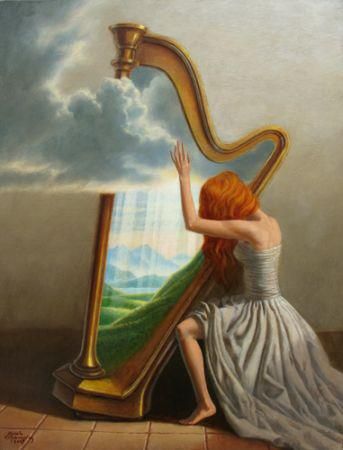 And he raised his head and looked upon the people, and there fell a stillness upon them. And with a great voice he said: When love beckons to you, follow him, Though his ways are hard and steep. And when his wings enfold you yield to him, Though the sword hidden among his pinions may wound you. And when he speaks to you believe in him, Though his voice may shatter your dreams as the north wind lays waste the garden.

For even as love crowns you so shall he crucify you. Even as he is for your growth so is he for your pruning. Even as he ascends to your height and caresses your tenderest branches that quiver in the sun, So shall he descend to your roots and shake them in their clinging to the earth. Like sheaves of corn he gathers you unto himself. He threshes you to make you naked. He sifts you to free you from your husks. He grinds you to whiteness. He kneads you until you are pliant; And then he assigns you to his sacred fire, that you may become sacred bread for God’s sacred feast.

All these things shall love do unto you that you may know the secrets of your heart, and in that knowledge become a fragment of Life’s heart.

But if in your fear you would seek only love’s peace and love’s pleasure, Then it is better for you that you cover your nakedness and pass out of love’s threshing-floor, Into the seasonless world where you shall laugh, but not all of your laughter, and weep, but not all of your tears.

Love gives naught but itself and takes naught but from itself. Love possesses not nor would it be possessed; For love is sufficient unto love.

When you love you should not say, “God is in my heart,” but rather, “I am in the heart of God.” And think not you can direct the course of love, for love, if it finds you worthy, directs your course.

Love has no other desire but to fulfill itself. But if you love and must needs have desires, let these be your desires: To melt and be like a running brook that sings its melody to the night. To know the pain of too much tenderness. To be wounded by your own understanding of love; And to bleed willingly and joyfully. To wake at dawn with a winged heart and give thanks for another day of loving; To rest at the noon hour and meditate love’s ecstasy; To return home at eventide with gratitude; And then to sleep with a prayer for the beloved in your heart and a song of praise upon your lips. 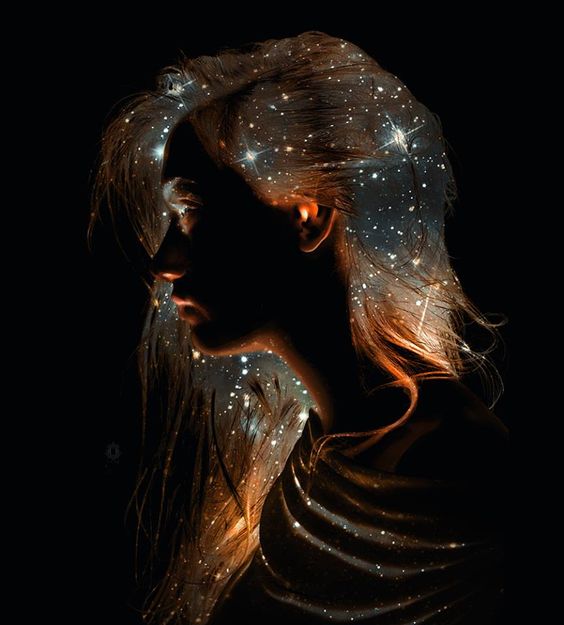 i am one of a billion stars in the vast night sky dreaming an unfathomable dream.