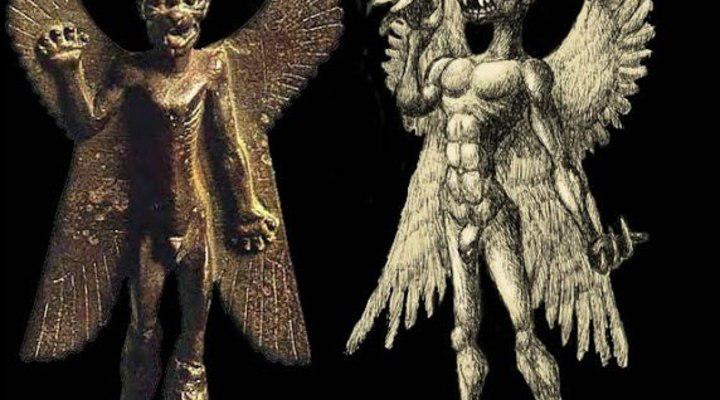 “It all comes back to misuse of energy. It’s quite common in the development of a species that they somewhere down the road will misuse energy in one way or another, but after a while they realise their mistake and stop doing it. However, this does not always happen, and when misuse of energy becomes a big part of the daily life of a civilisation, the misused energy must be taken from somewhere. What happens is that the particular star race that is misusing energy out of proportions is depleting another part of the universe from energy, and the irresponsible soul group become like cosmic vampires. Therefore, a star race has a responsibility to help propelling the Multiverse forward, not backwards. If they neglect this rule, the being who does this, or the whole star race, are in debt to the Goddess. That’s the easiest way to explain it. Often, it is not the evolving star race who instigates this misuse of energy (which can take enormous proportions, which we shall see later), but another race who is controlling them, but it still is the evolving race’s responsibility to wake up to the fact that they are participating in something very destructive, which in fact can lead to their demise as a species – or worse! It’s one thing to be manipulated into something destructive, but even those who are must at one point wake up to the fact that they are manipulated and start taking responsibility. Otherwise, other innocent star races in the Multiverse will experience the negative end of the spectrum as well.” (Wes Penre)

It comes as no news that there is some heavy manipulation going on in our corner of the Universe. So there is an imbalance (debt to Source) humanity is engaged in and, willingly or not, creating more debt continuously with its collective actions.

How did this come about? When did it start? Why did it happen?

The Reptilians, in particular the Dracos, have been receiving all the bad press, ever since David Icke brought the subject into almost mainstream in his book, The Biggest Secret. But are they the only bad boys? In fact, are they really the bad boys, as in the most evil ones?

The more I see, the more I arrive at the conclusion that the subtle, behind-the-scenes manipulation happening on every level is specifically designed to keep the Divine Feminine squashed, non-existent, and in its wake all actions are anti life, not just anti humanity.

Another possibility that occurred to me is that they themselves are heavily manipulated, likely tricked into the position they now hold.

But how could this happen? If the term ‘as above so below’ applies, and I long ago concluded it does, then we could assume that some level of drama, perhaps even leading to trauma, was happening at some point in the past.

Every Draco insists they belong here, that Earth is their home. Given my own memories, and especially given my fairly clear recall of participating in the seeding of Earth, I have to allow for this to be true. However, why would a race with beautiful planets of their own, one that offers plenty of space for all her beings, have such an interest to be seeded onto a brand new planet? Because its king, a creator god himself, loved the spirit of Earth, the aeon Sophia.

Could it be that the drama, leading to trauma, was the “fall” of Sophia? I see it as entirely possible.

Where did things go from there? Perhaps the king asked for his race to be seeded on Earth, in utter desperation to be closer to his one true love, hoping that a somewhat geographical closeness would relieve him of the deep heart ache that was consuming him.

Perhaps another race offered a deal that was too good for the king to resist, even if he should have known better. What if this race offered Earth as a reward to the Dracos if they only worked with this race, perhaps to say turn the humans into pliable servant beings?

This probably worked for many thousands of years, and the few who fostered some doubts as to this deal never dared speak up. After all, it was their own king who entered into the agreement.

And then Earth herself entered the vibration of Truth. This vibration leaves nothing, no one unaffected; those who fight truth, those who do everything to maintain the illusion are moving in one direction or, rather, remain stagnant, and those who follow truth move into the polar opposite direction, and the initial thin rift widened day after day after day.

Then, finally, the king himself woke up to the ugly truth that he, and his entire race with him, had been had. He reflected in horror how, under his own leadership, his race had regressed into something straight out of a horror movie. Slowly coming out of his stupor, he began to right some wrongs. His first task was to ensure that his sons currently wandering the planet in the human guise were no longer subjected to the abuse children born into bloodline families typically endure, and he cared not about the threats coming at him from the manipulators.

This race of Regressives has taken mimicking to an art form. They can give one the most spiritual, exhilarating experience, only to cheat a contract of sorts out of you, and you have no idea what happened until your life goes upside down when your conscience kicks in and they punish you for “breaking” the contract. Do not be fooled. A contract requires two signatures and full consent by either side. Dissolve the contract with your intent.

There is a German saying, “He went out to do evil and ended up doing good.” This may well apply here, as someone who walks the path of truth eventually moves out of reach to the manipulators – anyone who realises that the only way to free themselves from the manipulation is by striving for truth, by maintaining a high ethical stance, by developing and nurturing consciousness. In that manner, this regressive race could well be seen as a gift to humanity.

I started listening to Dr. Zach Bush and his excellent work on how bacteria and the biome are essential for