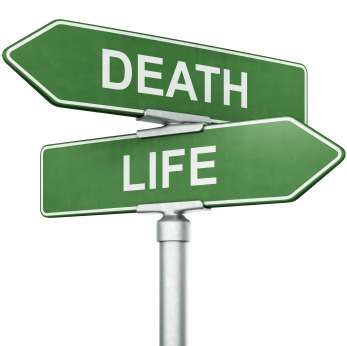 To some, the new CEO of the United States, Inc., Donald Trump, is the saviour to mankind; to the die-hard Obama and Killary fans, he is evil incarnate.

As one who sees politics as nothing but a soap opera played out on the world’s stage, I observe his carrying out the agenda of bringing the world down to the full force of acidity, level zero, so a “reset” can happen – in other words, the world will end and then start anew, as has happened several times.

His stance on DAPL clearly shows his disinterest in humanity and absolute obedience to the death-cult system in place. It’s about oil, baby, to deplete the ground, to deplete the spirits of those who had their homes made uninhabitable, to speed up the run to level zero. If all the water is poisoned, well, that’s a convenient side effect, for that will only accelerate the agenda. Monetary profit is nothing but a convenient side effect for the CEOs of the various corpsorations.

The “anti-vaccine” crowds rejoice that at long last there is a president who takes on the pHARMaceuticals. But here is the issue: Vaccines have been pushed aggressively for more than 70 years now, and some have been around much longer. Which means there is likely no more than a handful of families in the world who have been vaccine free in all the generations they have been available.

And this is why Trump can afford, and get away with, a tough stance on vaccines: Vaccines have run their course. They are no longer needed to further the agenda because the damage has been done, and the media will (mis)inform the public that the most dangerous vaccine-preventable diseases have been eradicated. The Millennials will not produce much offspring, not because they have no interest in raising children but because most are barren, courtesy of generations-long vaccination. The powers we let be have reached their goal of population reduction, and vaccines are no longer required. For humanity, the damage has been done. And no worries for the system: the people are so asleep that they still will not question what their doctors say, what they drug their patients with. In their minds, as far as they still have some modicum of functionality, vaccines were a mistake, and now that they are off the market, everything is safe again. In other words, vaccines have been replaced with medications, frequency assaults, microwaves, food additives, and chemtrails.

As far as Trump going after pedophiles, even the FAUX-news-watching crowds are becoming louder in demands for action. After all, this is about protecting children. The elite has decided to bring some of their unspeakable crimes on children out into the open for the simple reason that it can no longer be contained in the dark; too much has become known. So, it’s time to do some damage control. Sacrifice a few pedophiles because they have become inconvenient anyway for one reason or another while simultaneously moving themselves further into the background, so as to remain unseen.

And Mr President will gain a few brownie points from the public for his perceived good deeds while the agenda is taken a few considerable steps forward, and it is not an agenda any human with standing should ever accept. But then, how many men and women have actual standing? No more than those afore-mentioned vaccine-free families.

Until humanity as a collective wakes up to the truth that nothing will change unless our actions match our words, it will be business as usual: a new reset, a new world every few thousand years, with the same souls incarnating because they are trapped in this recycling program and too lazy to get themselves the fuck out.

So, let’s lay that laziness to rest. Let’s practice until our actions absolutely match our words. Let’s accept full responsibility for our actions. Let’s step out of the death cult. And then let’s watch how life will start to bloom on this beautiful Earth.