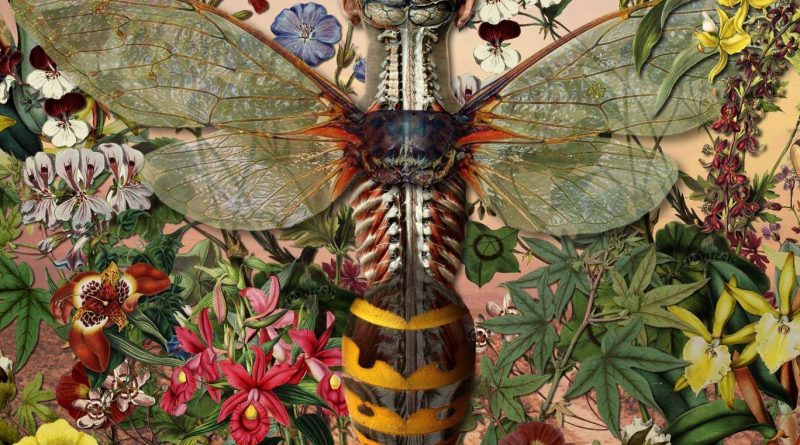 Author’s Preface: When I write using the third person designation of She it is to evoke the inner silent voice that comes through as an image, at times in thought and in other moments as a full body recognition. She is not alone and she speaks through many, what is brought forth in the linearity of language is an individuated expression from the field of Creation, She.

She slipped into a dream the other night listening to the eternal coming ashore of the waters of the Pacific ocean. With ease inner sight soared upon the galactic waves of creation. There she saw you in your suit of armor, golden flames and silver plating meeting a Dragon of swirling creation.

She knew not from where you came as the lightening and sparks of that clash continued for a long time, it wasn’t war, it an integral part of what you chose so very long ago.

Thoughts of sacrifice rise though it was more than that, it was the way you answered a call.

A human Being is aware of the hyperdimensional reality though for most it can only be perceived in linear thought forms expressing in what appears to be disconnected events or endeavors. Slowly through this cycle more are inching toward the inevitable acceptance that all is one and all is connected in the cosmic fields of dynamic exchange.

The above looks like big words and concepts as I watch my fingers type and yet once arrived on the shores of your unique infinity they are pointing to an singular infinitesimal reality.

Each of us will read a word or words that are strung together from a unique perspective. In writing I try to describe without resorting to over used words like zero point or source I find the infinite within the infinitesimal point. To quote from a translation of The Emerald Tablet of Hermes Trismegistus:

“Thus, whatever happens on any level of reality also happens on every other level.”

My simplest way of repeatedly saying the above is that Truth is a straight line, though I will expand a bit on that analogy. For something to be true to course, such as in hitting the mark, it must correspond with all other truths. The internalizing of this is what many call alignment. Rising above the plane of duality and linearity the mystical realms open with the appearance of realities within realities unfolding in a simultaneous presenting now. Thus far there appears to be a gap, a rift that is being mended with each conscious Being refining the inner perspective. Simultaneous events are happening and this is reflected in the outer projection that we see on the world screen. Sadly most still think this is all there is to reality, for the many who will read these words is the depth of comprehension that we have been coerced into spending our most precious substance, energy in navigating the bonds of law and order. So many are unshackling from this that the inevitable is finally being shown on the projection screen. The folly of egos out of control is now captured and seen.

The individuated spark of consciousness that resides within every living thing is moving closer to self while it appears that the collective of humanity is moving further away from Self. As we continue to expand our conscious awareness of the Spirit within all things we are also imploding into a separate reality.

My ponderings of late have been deep on this subject, individualism vs. collectivism and somewhere there is a meeting of the two dynamics. Inklings of new realities are being written as the chasm widens. Those who choose to stay blinded by the noxious glare of false news as those who fall for the pang of injected fear rally to the call of convenience and the false promise of comfort.

It is not so difficult to perceive this for the patterns of deception are always the same, repeating loops of a control grid that is now ringing its death knell. While there are refinements in technologies that are used to intrude into the inner sanctity of the mind there is also a growing Body of Gnosis, both individualized and collective that are forming within an impenetrable field, we can call it Love.

True Love is not the romanticized idealized version that is force fed through the glossy superficiality of the big screen, it is the underlying Truth in all things. From our depth studies of astrophysics, esoteric gnosis, biology, cosmology, genealogy, astrology, mysticism, archeology and all the We share in our blossoming to the Cosmic dance.

Letting go of what was once held in the tight clench of the soul is the imaginal self growing new wings. Become the adept of your Self  True, let go of the rest.

“Don’t play old tapes. Just cut the very root, just drop the whole idea of old patterns and old habits and start living in a new way. And it is only a question of decision. Once you decide, things start changing, because everything depends on your decision. That is the meaning of the word decision: it means ’it cuts’, decision. It cuts your past, it creates a discontinuity.”
~ Osho
Post Views: 1,129
Recommended Videos