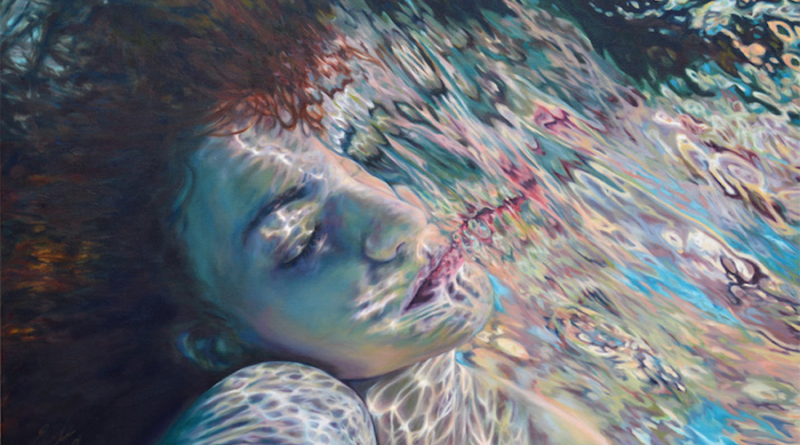 She woke this morning with her thoughts punctuated by continuous fire crackers blasting the morning skies calling to the unknown gods, a people’s petition to be saved.  Then her barely formed thoughts are carried away on the dissonance of the out-of-tune marching band that goes up and down the street outside her door. She laughs to herself for what better manifestation of human unconsciousness than this display of humanity’s child-like nature, it’s a pageantry that speaks volumes though few have a clue as to why they march to the dissonant tune.

No disparaging judgemental thoughts entered with this morning’s disturbance to my normally silent reverie, it is hard to judge a mass of human fiesta-making no matter how deep I see into what drives it, no matter how many layers I have peeled away. To these revelers what I see is of no importance for they follow the foot path laid before them, blind to the hidden hand on the wheel of social engineering. Next week they will come down our street on their knees bearing gifts of repentance to the priestly knaves that ply false words of salvation.

These ramblings of my mind need to be said, written down in some form for there is the inner spiritual rebel that cries to be heard. It is not directed at the people who seem to wander aimlessly, led in loops by black cloaked priests who grin down on their flock. Oh, these ones know, they know for they’ve sold their slivers of souls to garner the hard earned pesos of the unaware.

She observes and listens deeper now, a further plunge into what moves her on the waters of life.

When this writing started to form it had a different tone, one of sad admonishment for our common plight. We’ve let ourselves go too far down the road of a technological and eschatologically induced trance. Knowing this is what fans the inner fire, that which wants to share so to rip away one more layer of a bipolar world view. We’ve been split, duplicated and replicated to such a degree that few have been able to maintain the inner domain. We are balanced on the head of a pin while the winds of war are fanned and the deceivers reveal themselves with poorly hatched plans that are doomed to fail. An epic failure for destruction and death is what drives the power brokers with vacant souls.

We can gather unto ourselves all knowledge, the world is an open book to be read, ruminated on and churned in the fields of our perception. What I keep finding is that the stories we tell, the mythologies of our past and present, the scientific discoveries and all the entertraining medias run the same course, they always bring one back to self and that is what I feel most of us miss most the time for we all are immersed in a timeless extravaganza of human display.

The Matrix as it is commonly called is all pervasive, it isn’t something separate from the self that we can escape from. In essence there is no other and all thought that draws us in that direction dis-empowers us by keeping the bipolar world alive. We can postulate, research, delve and dive and indeed an inquiring mind will need to do this, leaving no stone unturned for in seeking the truth of our essential nature we are that which we always were. And when, with courage and fortitude, we admit to ourselves that there is no separation, no other to blame we come closer to finally seeing that all is within us. We can’t become better people, we can’t undo the past trajectory but we can influence the present course.

In the coming days we will be called to express from that place in ourselves that knows, not the mind alone but with the heart of compassionate wisdom, that place we long for called home. Knowing can only be garnered with experience and no one has the same experiences as another and that is what makes this such a marvelous tragicomedy weave. Even as these words flow through me I am cognizant of those who weave with a master stroke. Alone and not alone seems to be the same truth now just as all and nothing are simultaneously embraced. Yes, the mind rebels against such thought and yet it is joyfully and solemnly true.

Most times when I am writing I am aware of those whose words have expressed my own sentiments, those who come home again and again finding the truth of their being inside. We rise, we fall. We seek, we find. We have found our inner flame and that is true Knowledge. No longer dependent on finding someone or something else to follow we’ve stopped chasing our tail and have learned the rudiments of sourcing from within. This is often a lonely stark place to be, it doesn’t have bells and whistles nor fanfare, nor applause.

Yes, the Matrix is … corrupted with all the greed and numbed feelings of the followers of the next new fad. When we learn to bend the field with the pure heart of love I think we will be astonished at how fast it changes.

She closes this soliloquy for another band rumbles by outside, the drums beating loudly in a demanding foot marching rhythm people follow and more followers follow those that lead the way to the church door, temple of doom and despair.

“I am deep.. I am shallow.. I am opened.. I am closed.. I seek.. I love.. I fall.. I have been torn within my spirit and drawn into the dark place. It was because of no one, but from only myself.. It was there I saw the light and heard a voice that began calling me saying ”Come dance with me and you will be freed and I will share beauties through your heart.” I reached.. I touched.. I did not shudder.. I took and opened my essence unto the light.. Ah embraced by what I truly sought. I accept.. I let go.. and I fly and I seek..”   ~   April Peerless