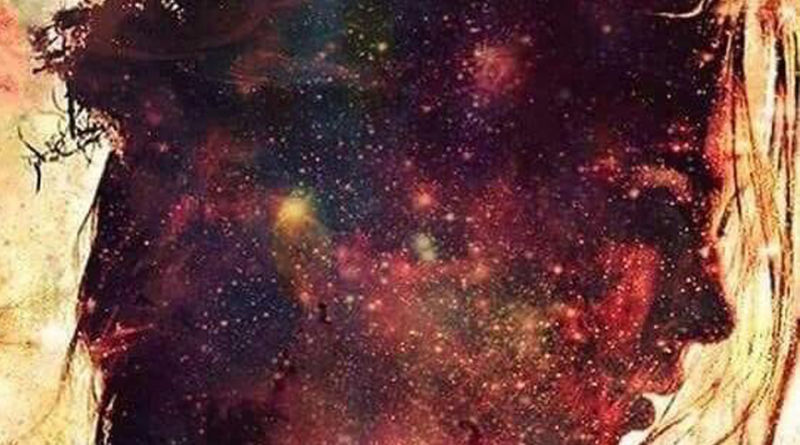 Dream sequence from Friday, October 19, 2018. When I speak in the third person of she it is to give representation to that which is the impersonal of me, the observer in communion with the all. We are made of the earth and the stars, both the personal and impersonal will eventually become one in the union of sacred love; when we remember to love our self.

She heard the quiet inner voice and thus it did speak; “Prepare for much is to be revealed.”

Slipping under the warmth of a blanket her body pixelated into millions of rotating cubes, each spinning at a high velocity rearranging within the grand tesseract. Feeling the intensity of this she was allowed an hour of deep sleep. He then emerged from a dark astral cloud standing in front of her, his eyes grown inwardly dim. She asked again. No answer was given as he walked through her rooms, disappearing and reappearing from her view. She asked again, “Why are you here?” A leaden silence as he packed a bag, and when she looked he was taking what was not his.

Rising from her core came a high pitched screeching sound, a wailing that was joined by the fields of the long dead. As this keening pierced through to her sleeping bones, a huge consuming vortex swirled as The Furies answered this chilling howl. She was caught in a display of flaming swords, towering cathedrals, ancient monoliths, shadows of the past – a great battle had ensued.

By will She rose herself then, pulling up to consciousness as the battle raged, consuming yet unable to take hold of her. Centering herself within the heart’s sacred core she partook no more, the silent observer watching from a far. She saw the all, each breath became a release as the Furies did their work… Thus she lay for uncountable time until a radiance shown beneath a midnight blue gown and as she bent down a single compassionate tear fell on this being, so hollow inside that the millenniums of unspeakable pain echoed and died there within. He did not care, no compassionate resonance, no sound.

Sorrow filled her being and with tears falling on the ground they sung the song of immeasurable grief, for She has always known that in the fields of her love much pain and sorrow would be sown. She too knows of humility, she asks that we forgive the All of All, for human beings of great sorrow and joy were born.

“Woman is the radiance of god.
She is not a creature.
She is the creator.” 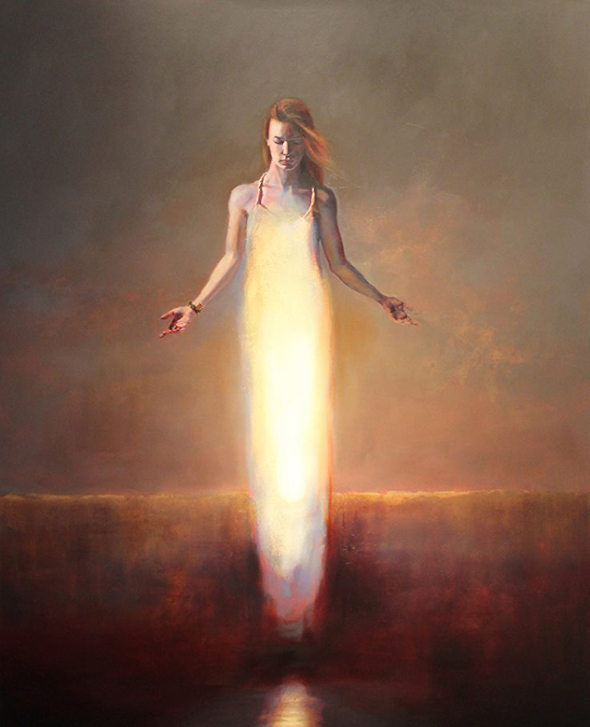 There is a song that weaves through all of our Being, it is one we can hear in moments of joy when we recall our innate magical self. The return to grace will be when the inner walls built of pain and deception have been absolved.

For the reader I will attempt to put some words to this space that may inspire others to take a deeper look into the mirror of their own soul, it is there and only there that we are able to fine tune our resonant field, it is there and only there that the Truth which we seek will be found. And what is it that we seek but Love, so profound that it will ask us to take up the fiery sword and purify that which we hide from our self.

To weave these words through my latest musings I wish to speak of discernment, this word we hear bantered about without giving it the due reflection it merits. For to think of discernment as a mental exercise of critical thinking alone we miss the most vital aspect and that is resonant sound. I offer my words of experience, for the Ring of Truth is a resonance, it moves through all of time and space instantly everywhere present. As we embody this resonance to the essence of our origin that which is discordant is immediately detected.

Pause… this silent pause is vital for it allows an opening to observe our reactions, for if they are present we will know where to look inside. Who is this that is reacting? What triggered responses are being experienced? For those who read these words I know you are aware, I know you have dug deep into the miasma of the shadow world, you’ve walked through myriads of rabbit holes and seen that our present construct is built on lies and deceptions.

This is a reflective reality and requires that we also remove the inner obstacles of the lies we tell ourselves, the ego identity will resist this penetrating sight. Stay with what arises within you until you come undone. At times this occurs rapidly at others it requires a fortitude of spirit to allow for the pain to rise and finally subside. 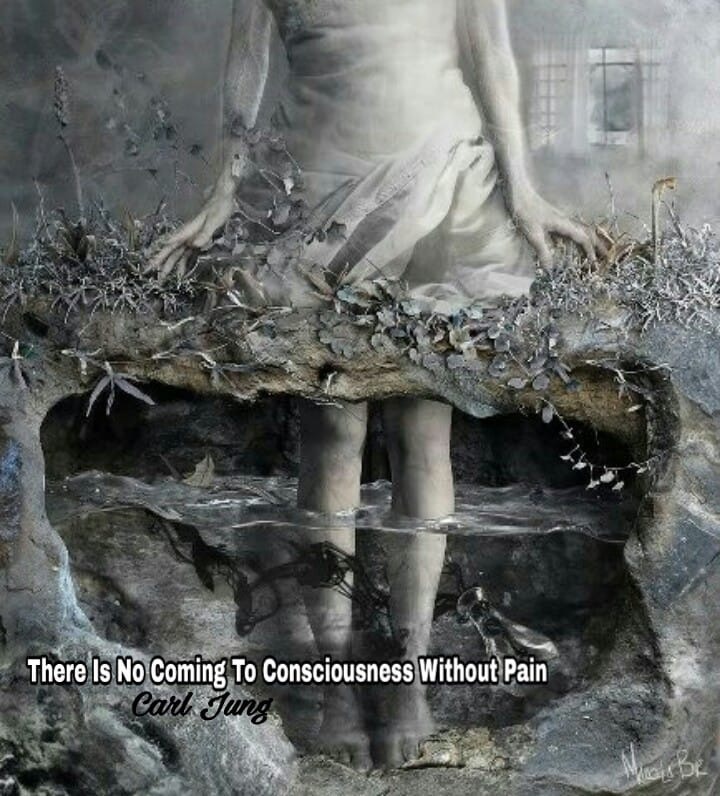 There is no other way and try as we may to escape this passage is inevitable. For when love takes hold of your totality you will know the unbearable weight of being and finally remember how to take flight. For it is freedom that love brings and freedom for most is still a scary thing for with it comes responsibility.

Dearest beloved children it is your time to rise on the wings of grace, it is your time to allow your heart to sing wild and free … Use the gift of discernment when you hear the voice of those who would lead, do they speak of love, of harmony and reverence or do they lead you down another rabbit hole that ends in a labyrinth with no way out? If you are attracted to another voice allow them to reveal their motivations to your all seeing eyes, turn whatever information you consume around and around, again and again until whatever golden nugget your soul needs is revealed and then follow your inner urging. We are walking a tightrope across the abyss and as we do a bridge is being formed.

Humanity is quickly approaching the close of an epoch and the stakes are very high for each and everyone of us. The dark wave will match every move within the rising tide of human consciousness, that which reaches for the lucidity of the deep mind. It will try to destroy every manifestation of our hearts beating in unconditional love. Release all that resonates with fear and let go of all false prophets and identities.

In our expanding lucid transparency that which moves through us and finds no place to grab hold is absolved into a state of nothingness.

This is the beginning of the never ending story, the beginning that has no end. The maze is of smoke and mirrors and only by confronting that which one reflects back into creation will the keys to unlock the doors of captivity be found.

With love unbound, fierce and free. 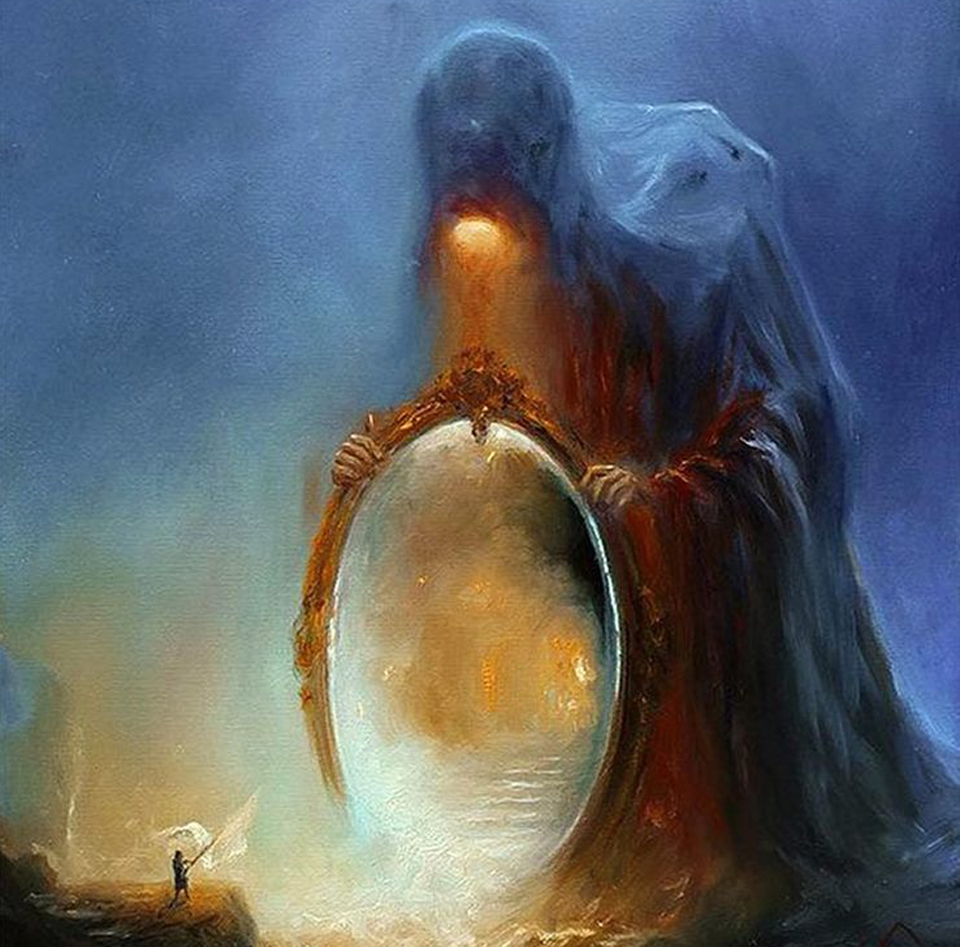 “You’ll be initiated,
when you are ready.
Life knows,
and the initiation rites
are waiting.

Ignorance will be
wrought with vision,
a burning,
to make you see.

You are loved so much
that you will be engulfed in
the flames
of love’s fire,
in order to
ignite your own
heart’s flames,
and fulfill love’s destiny.

Alchemical change will ensue,
destroying you,
to make way for
new love.

Phoenixed, you’ll fly,
the hero of your own journey,
wielding revelatory fire,
with great Wisdom
and Compassion,
a Gestalt,
anew.

The circle closes,
it is a spiral,
to the beginning,
of another
Circle.”