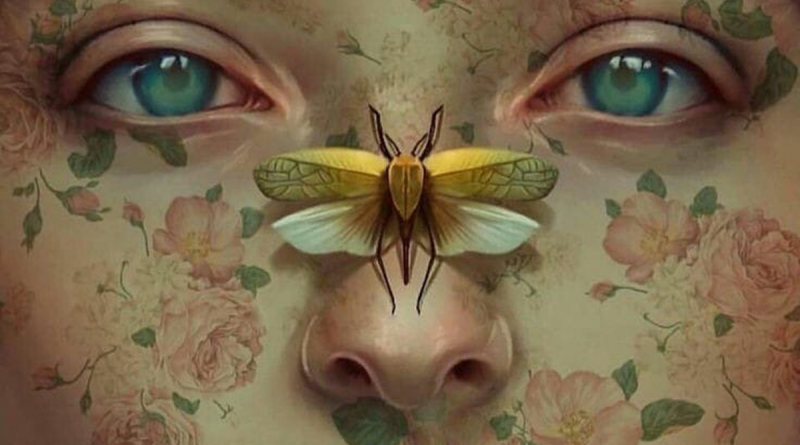 “For me there is only the traveling on paths that have heart, on any path that may have heart, and the only worthwhile challenge is to traverse its full length–and there I travel looking, looking breathlessly.”
― Carlos Castaneda, The Teachings of Don Juan: A Yaqui Way of Knowledge 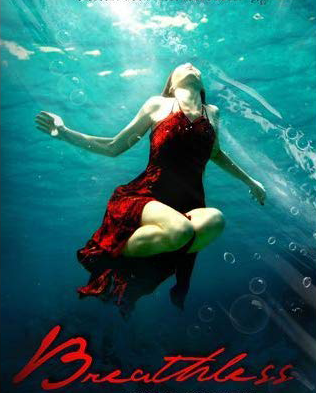 Impeccability begins with a single act that has to be deliberate, precise and sustained. If that act is repeated long enough, one acquires a sense of unbending intent, which can be applied to anything else. If that is accomplished the road is clear. One thing will lead to another until the warrior realizes his full potential.

Intent is not a thought, or an object, or a wish. Intent is what can make a man succeed when his thoughts tell him that he is defeated. It operates in spite of the warrior’s indulgence. Intent is what makes him invulnerable. Intent is what sends a shaman through a wall, through space, to infinity.  ― Carlos Castaneda

Personal reflections from a vision:

She was called by a long time trusted friend who lays on hands, not even knowing why she went, something about that strange pull toward the balance point. On the table and falling out of her mind she let go further of the confines of time and space, floating now through unseen realms until visions arose from within.

A man with a long thin somber face stood towering at the threshold of an ornate gate, his long beard reaching his waist was well groomed and he was clothed in long robes with a metal breast plate, only seen by the ornate epaulets on his shoulders and the girdle around his waist. He was old but not old, on his head of long plaited hair he wore a tall pointed ornate crown, made of the same material as his other ornaments.

She finds herself laying in a metal lined heavy stone box, the sides are engraved with a repeating pattern of circles with central dots and other rune like forms. Immovable she lays, constricted by the metal plating she too wears, the high collar presses up around her chin, she realizes that she can not move anything but her eyes. Lifting her sight out of body she sees a gate that stands alone honed in an opulent metal that emits a blue mercurial shine. The flooring is of the same metal, both so smooth and seamless as to appear almost fluid. The back drop of the scene is a darkened sky, no stars sparkle yet everything is eerily lit from some unseen source of light. Another man arrives, younger than the first he too is wearing metal plating fitted over long robes, he ports a staff in his right hand of the same metal, in appearance looking like an ornate blade. They commune in silent words. She watches.

They are doing some magical work, in the elder man’s hands appears a sphere of crystal white light. She lays there knowing and not knowing what this is for. Intuition tells her that it is for her, a mission she signed up for to be sent into the future with these workings where she is to wake up to at the rite time. They know… she knows that it will be needed. It is dangerous, this she realizes and yet knows no other way. Her intuition is pinging around in this space looking for the coherence where all will make some sense of what she perceives.

These men are dressed like none she’s ever seen so placing them in some historical time is an impossibility. She knows that what is shared will soon be revealed. She comes back to the present time as her friend slowly withdraws her hands and exits the room.

As I lay in the darkened room quiet whispered words surfaced from my soul. A thought settled on the word Thoth. I arose and went down stairs to have a parting tea with my friend. Her face was aglow and she was smiling brighter than I had ever seen. As she boiled water in the kitchen I said to her that I had visuals during the session, she turned and almost laughed as she said; “I did too”. When tea is served and we are at her table she says she will write on a piece of paper what she saw before I speak. I then relate the above and her smile grows more vivid still, then she turns over the paper and all it says is “crystal cave”. She then relates to me that from the moment she laid her hands on me that she was pulled down a series of white steps into a crystal cave where I lay. That vision for her lasted the whole of the hour she worked her hands over my body.

For the reader bear with me for there is a point I will be returning to as to why I am telling this experience.

I did not grow up in the time of video games and so never have paid much attention to them other than recognizing how many of them parallel our realm and for some people they are revealing real experiences, much like movies do. 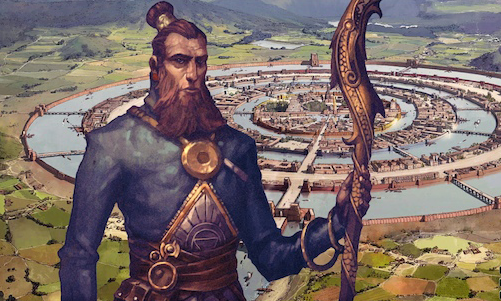 I went searching the internet later that night to see if I could find an image of the clothing and metal plating, it seemed important to place this vision in some sort of time frame. Almost immediately I knew that I was seeing something from Atlantean times, the only image that came close was this one from a video game, the figure is labeled  “Thoth – The Atlantean – Neutral”.

For many years I have heard the echo in my soul of forgotten times, fragments arriving shard by shard. Hours spent listening to Gerald Clark’s reading of the Emerald Tablets, my own eruptive poetry, experiential data flowing from the Emerald plane of the heart’s toroidal field. All of this came flooding in, opening in me a revelation of purpose and why so many of us are here at this vital time.

Know, that Light is thine heritage.
Know that darkness is only a veil.
Sealed in thine heart is brightness eternal,
waiting the moment of freedom to conquer,
waiting to rend the veil of the night.

The Tesseract – The Halls of Amenti – The Labyrinth of the Simulator

Now came the reverberations of these words: When the Survivors of Atlantis Wake Up… The Simulator and the Halls of Amenti. 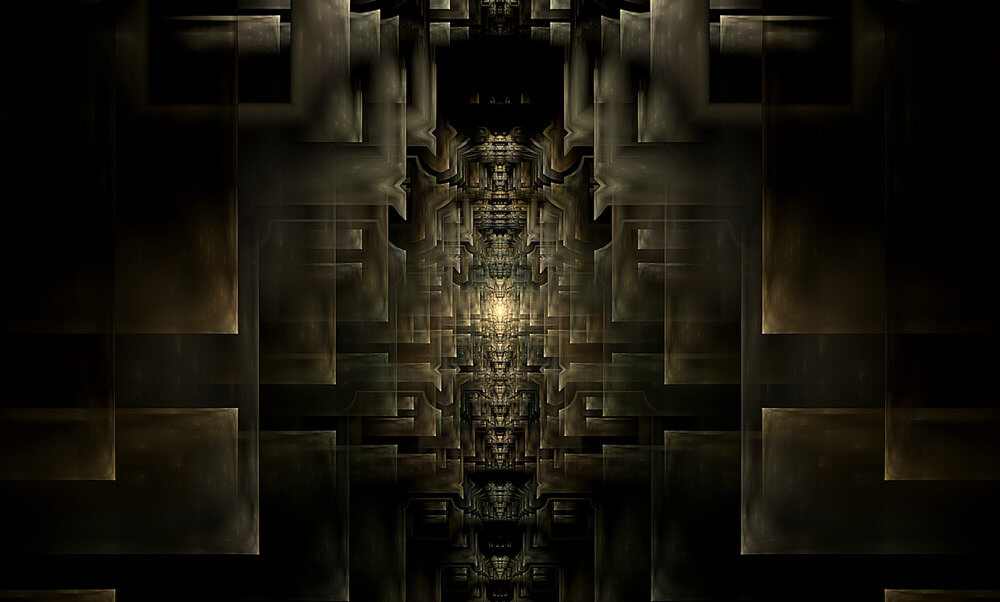 Deep in Earth’s heart lie the Halls of Amenti,
far ‘neath the islands of sunken Atlantis,
Halls of the Dead and halls of the living,
bathed in the fire of the infinite ALL.
Far in a past time, lost in the space time,
the Children of Light looked down on the world.
Seeing the children of men in their bondage,
bound by the force that came from beyond.
Knew they that only by freedom from bondage
could man ever rise from the Earth to the Sun.
Down they descended and created bodies,
taking the semblance of men as their own.

So much discussion and conjecture goes on in our human minds as we attempt to decipher our purpose for being embodied here on Mother Earth. We argue ceaselessly with our selves which is then projected out into the simulated reality we are continuously recreating. There are those who will read this and feel a profound resonance. Hearts will open and touch Earth’s heart core, the crystal cave of all galactic memories… For all of our varied lives’ experiences are but a continual flow of preparation for what comes next on this journey home. We came from the stars and to the starry celestial realms we will return for in reality we’ve never left our true essence. The simulator is that which we perceive as our projected reality.  Out of complexity we are simplicity when connected to our hearts resonant core where the only pure intent becomes that which we call Love.

We are in a process of purification, a letting go of and deconstruction of falsity. There are more steps along the tight rope walk for the field becomes more and more ethereal, the messages must be heard in the silence for all that clamors in the outer realm is made of a grosser material. 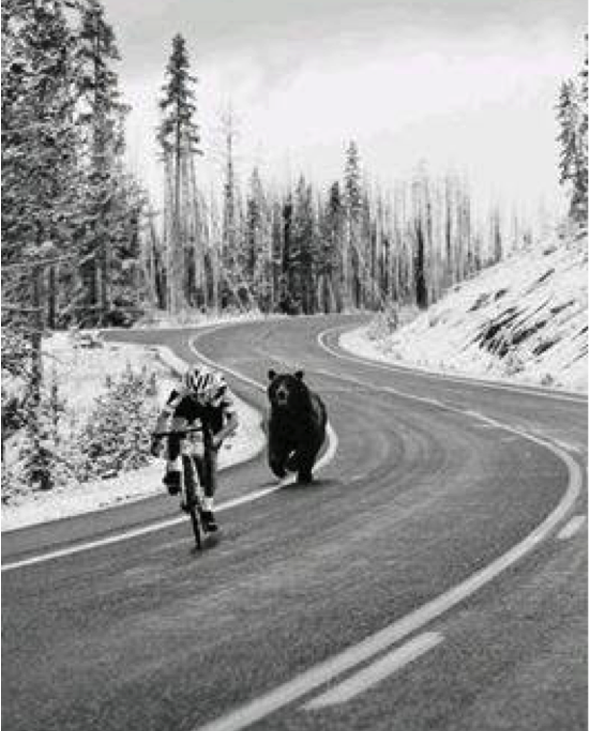 “Desperation is the raw material of drastic change, Only those who can leave behind everything they have ever believed in can hope to escape.”

Desperation arises when all else fails, when our backs are against the enclosing walls of halls and mirrors. This I write as an invitation to let go of all that binds and confuses the dual hemispheres of the human brain… the mind is a unified field where all potential is simultaneously seen.

Follow a path of heart, simple and yet it requires to love with all your might. That is the warrior’s way. Truth rings with a distinct resonance as in the silence of the peaceful heart we are never led astray. It is the clamoring and clanging of the mind, the this versus that which we must learn to neither accept nor reject.

Listen to your heart, hear it ring with Truth at every beat. When we become seamless with that intent the rest falls away effortlessly.

Keep thou not silent when evil is spoken for Truth
like the sunlight shines above all. ~ Thoth, The Atlantean

Demonstrate it for yourself, no need to believe a single word I say or write. Truth spoken with the pureness of unfailing love is a golden key.