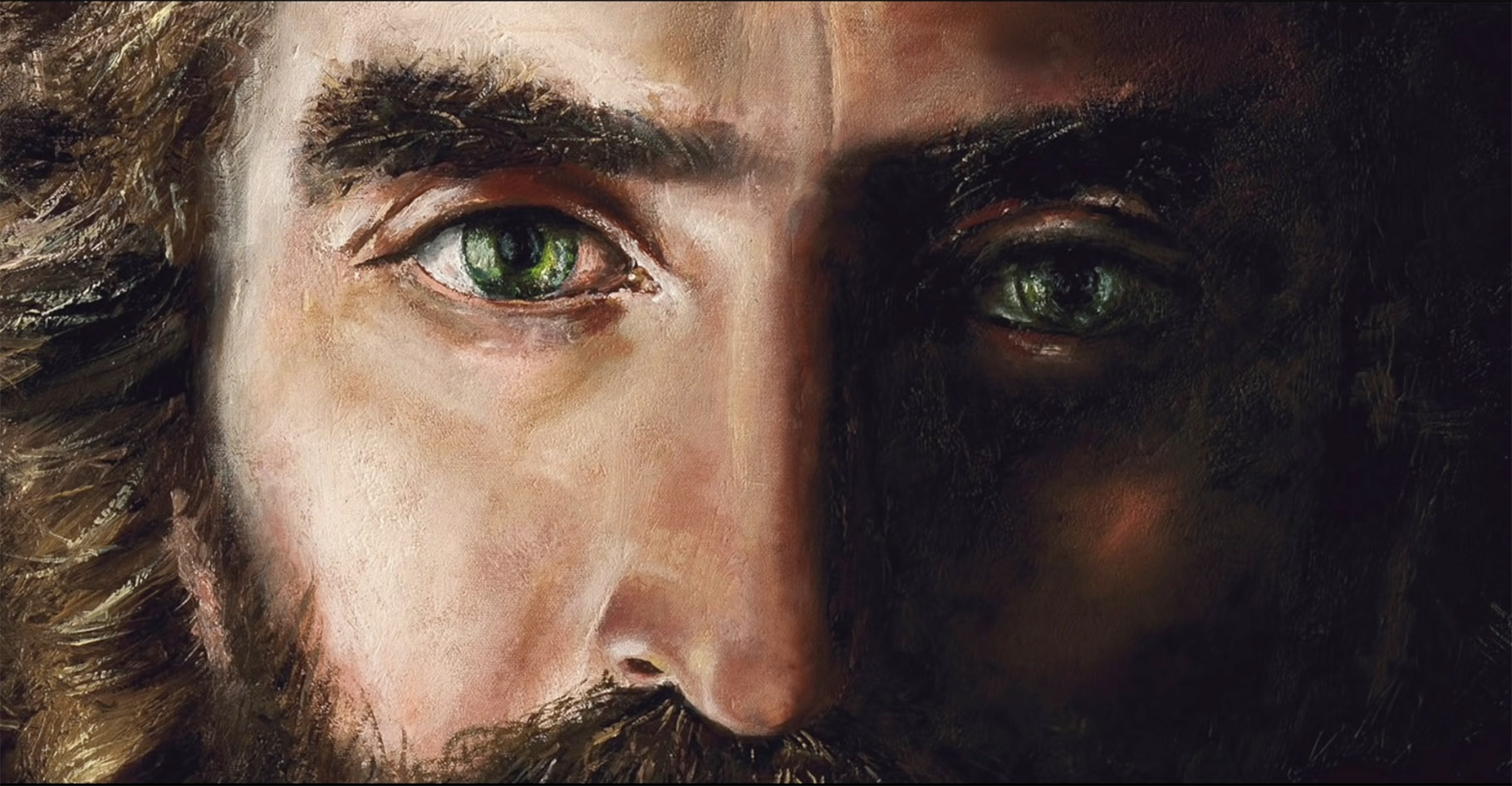 “To let each impression and each embryo of a feeling come to completion, entirely in itself, in the dark, in the unsayable, the unconscious, beyond the reach of one’s own understanding, and with deep humility and patience to wait for the hour when a new clarity is born: this alone is what it means to live as an artist: in understanding as in creating.”

She has walked in this realm since the beginning, her memories often collide without making sense, that is until they do. She wakes this morning with the pink dawn in the Eastern sky. Rising from her slumber last night’s revelations slowly return, these she will try to capture in words on a page.

For several months now experiences from this life have returned like reels of a continuous movie, everything present in the living moment. Lives from apparent ages past merge with this woman sitting here today. Like threads of a tapestry the totality comes into a view.

I won’t rewrite what I’ve shared before, suffice it to say that my memories stream back almost to the beginning of this realm. Ever since I can recall my life’s main pursuit has been, at first knowledge and then the Truth no matter where it led me. I’ve tumbled down into some deep underground chambers and have climbed some exhilarating mountains with resplendent sweeping views only to plunge over the waterfall again, each time finding the strength and courage to swim upstream against the prevailing current.

I will begin my tale by relating a conversation I had a few days ago. There is a young fellow who comes to talk with me every few months or so. He, like so many others of his generation, is brilliantly intelligent, heart centered, well read and yet struggling with the existential questions that plague so many. We became locked in a four hour marathon conversation, sharing personal experiences and then countering each other over the concept of God.

All questing humans will go through stages of reviling to a god who would let humanity continue to suffer such diabolical infirmities. Why?! is asked as indeed it should be. This is often followed by pleading with god for forgiveness, ever seeking meaningful contact with the Divine. My own peace came as the chains of ego manifestation were stripped away, peace arrived with Grace and inner stillness.

As we spoke I held the perspective of the Gnostics and he spoke through his study of the King James Bible. These encounters are not uncommon for me, they never degenerate to judging each other for they are fertile ground for thought. My own brother, several years ago, had flat out said the Gnostics were evil as were all Mystics. For myself this is the fear of the supernatural world instilled by the dogma of the false church. A few days later I decided to do some research to find the arguments against the Gnostics.

With his hand resting on my right shoulder he whispered in my ear. “Trust me, Christina.”

I spent four years with an enigmatic Mexican sorcerer named Alejandro, of German descendent, whose tutelage was more often than not extreme and often incomprehensible to my then non-integrated self. I did, however develop a fine tuned sense to question everything. Ultimately he stripped me of all my belongings along with most of my ego identity. Shattered beyond what words can describe, it was the most terrifying event of my life. More shattering came later but that’s a story for another time. To this day I am grateful for what I learned.

His final words to me were; “Christina, don’t let me down, I am counting on you.” Two days later I found myself homeless, almost penniless with a terrible curse wrought upon me, driving North leaving everything behind.

Now many years later still treading the path that had no trail markers I recall with great detail some of what he would talk about. He was an imposing older man with a goatee, wry with his words and loud with his laughter. From my present perspective he brewed a mystical mix from the teachings of Gurdjieff, Steiner, Christianity, and Greek mythos along with an inordinate amount of love for the Führer. This is what would lead me, years later, to research Adolf Hitler, the Third Reich, and all the lies we were told by the false historical narrative that few will question. Thankfully more do every day.

The memory that stands out in this moment will help illustrate this writing. Our small group was sitting around a plastic table at a small sidewalk café in a Mexican beach town, it is twilight turning to dusk. Alejandro begins to relate with tears in his eyes and a hushed voice the creation of the first man, he speaks of the care given to each part of the body, how many labored to make man in the image and likeness of the Fullness of the Creator. He stops, looks up and bemoans his unbearable grief at the state of humans today. Alejandro maintained he was the reincarnation of Prometheus whose burden and sentence was eternal. The reason for this part of the story will become apparent.

Older and wiser now she finds herself ever closer to near total comprehension of all that’s gone before her, the lessons, the loves, the personas developed, and the roles played. Always present was this i that I am. She can look around in spiraling 360° views as she sits in quietude and peace.

Back to my conversation with my young friend and where my nimble fingers took me on my keyboard. The gnosis in me is tangible and real, it pulsates in my veins and resonates in my bones.

There is an unending controversy and opposing views on the Christian Bible. These controversies coupled with the many theses on Yahweh, the god of the old testament being evil, aligned with Saturn, the death cult, etc. propelled me to look deeper for an answer.

My questions were not left unanswered. Who is Yaweh? Why is there so much confusion in so many minds? Why were the texts from the Nag Hammadi left out of the approved versions of the Bible? I used to own a copy of the Nag Hammadi having purchased it on a strong impulse many years prior. The classic story of a book jumping off a shelf while browsing in a book store.

The same day several friends sent me a video, Divine Image Destroyed, that seemed to answer some questions of how the black robes of the death cult are attempting to rewrite our Divine body’s code.

At the end of the video I felt drawn to further ponder the Hebrew letters YHWH being encoded in our DNA. While that may be true something didn’t quite ring Truth through to my bones. Continuing my search I was led to this website which throughly rang true and lit me up.

The Secret Book of John

Excerpt: Then he began to teach me, saying: the One has all power. Nothing rules over it. It is God and it is a Parent, the Father of the Fullness (Pleroma). It presides over the Fullness, the spotless light that no eyes can see. It is the Invisible Spirit.

To call it a god, or to say that it is like a god, is not fitting, for it transcends every god. Nothing is above it or greater than it. Nothing that is inferior to it can contain it, for it contains everything within itself. It is eternally self-sufficient. It is perfect fullness, and it has never lacked anything that would make it more complete. Its light is utter light.

The passage below is where my experience with Alejandro collided into a moment of realization. I sat vibrating full of an ethereal light, beyond space and time and thought.

Excerpt: They created with their own powers, in accordance with their own characters. Each of the powers contributed something to the man that corresponded to a part of the image they had seen, the image of the perfect first human. And they said, “Let us name him Adam, so that his name will be a shining power for us.”

The text goes on in great detail down to the toenails and contains some surprises. . . . continue reading here.

Realization came. Resurrection is in the Blood. Let Thy Body be filled with LIGHT. This is the body of Christ.

The Most High is Unnameable, Everywhere Present and thus shall remain forever more.

The Hymn of the Savior

I, the perfect Forethought of the Fullness,
Have transformed myself into my children.
Before anything else was, I am.
I have traveled all the paths there are to travel.
I am the riches of the light.
I am the memory of the Fullness.
I traversed the thick darkness,
Not stopping until I came to its prison.
The foundations of chaos trembled.
I hid from all the evil ones
And, unnoticed, passed by them.
A second time I went there
And appeared to the beings of light –
I, the memory of Forethought.
I infiltrated the dark depths of Hades
In pursuit of my goal.
The foundations of chaos trembled
As if to collapse on those who live in chaos and crush them.
And again I hurried back to my luminous root,
For the day of their demise had not yet come.
A third time I went there,
I, the light that shines within the light,
I, the memory of Forethought,
So as to penetrate the dark depths of Hades.
My face beamed with the glow that would destroy that place
As I came to the heart of their prison:
The prison of the body.
I said, “Whoever has ears to hear,
Arise from your sleep.”
Someone wept heavy tears,
Wiped them away, and wondered:
“Who is that who calls my name?
Where has my hope come from,
As I lie in chains in prison?”
I answered, “I am the Forethought of perfect light,
The thought of the Virgin Spirit,
Who guides you to the seat of honor.
Arise! For you have heard me.
Discover your root, which is I, the benevolent.
Shield yourself from the angels of pain,
The demons of chaos, and their snares.
Stay alert, now that you are awake
And have taken off your prison clothes.”
I raised and sealed that person
With the glowing water of the Five Seals
So that, from that time on,
Death would lose its grip on that one.

Prince of Peace by Akiane Kramarik, painted when she was 8 years old.