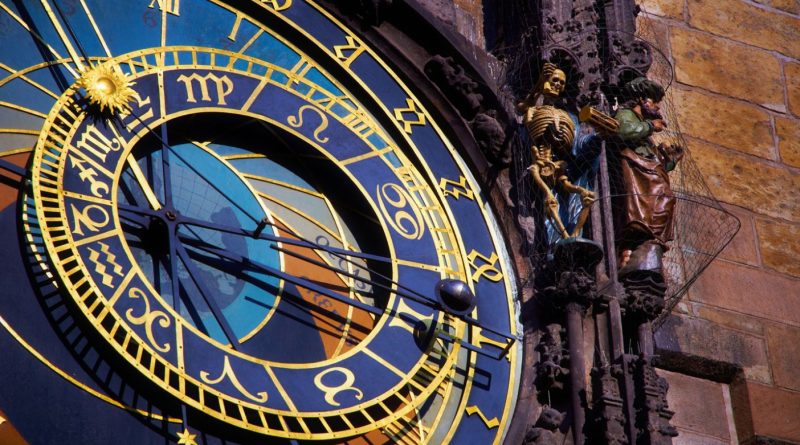 “Myth is not prehistory; it is timeless reality, which repeats itself in history.”

This is going to be a hard piece to write since in all honesty I don’t have an answer to the question posed. My reason for writing is to see if a clarity develops in doing so. I’ve been enticed down another rabbit hole—the differing concepts on time and the declared nonexistence of time. The ancient calendars all came into play at some point on this journey. My own intuition has always perceived movements within the stream of life as closer to a spiral, perhaps collapsing into itself as one more closely aligns with Source and as one integrates the straggling threads of memory and experience. Having played around with “time” I have found that it expands and contracts with conscious awareness, maybe a naive and simple experiment I did for many months was to say; “I have all the time I need.” Not only did this alleviate any sense of hurry, it actually presented me with all the time I needed to perform whatever tasks I felt pressing in on me. The seemingly improbable became little miracles of manifestation.

I have listened to and read many accounts compiling data rescued from past civilizations, their analyses of different calendars from the Mayan, the Sumerian, the Vedic, the Anno Domini, the Hebrew, the Julian and Gregorian, etc. Much has been written and calculated about where we are on a certain timeline; all accounts I have read vary as to fixing an exact date so it appears that most scholars and theologians don’t agree. Then there is the mystery as to why a year was once 360 days, or 360 degrees, based on the lunar calendar and the change to the solar calendar of 365 days in a year in the 8th century. One thing is clear, humans have been obsessed with tracking the movement of the sun, moon, and luminaries in every culture and civilization that has arisen on this plane of existence. So much so that it appears to be a fundamental element in comprehending who we are and why we are here.

Crrow777 speaks of the Sky Clock, the changing of our Natural cycles by the implementation of the Vatican’s calendar system and calling those who lived close to nature, pagan. To attempt to reach the original meaning of words (etymology), it is necessary to read deep into the root of words and the now implied meaning such as—“Old English hæðen “not Christian or Jewish,” also as a noun, “heathen man, one of a race or nation which does not acknowledge the God of the Bible”, in other words used by the Christian church fathers to describe those it was in opposition to and attempting to control or eradicate. In old times the people innately recognized that they were connected to Creation which included the Natural world. [see Mark Passio’s discussion on Natural Law]. Self observation will unlock your own inner relationship to any word. I can’t implore enough that etymology is key to unlocking many doors—language has been so truncated and misused that it is no wonder we are as confused as we are. But I diverge from the theme of this writing.

Much has been said about time looping back on itself, that the Earth Realm has experienced many resets and that we are in the midst of a grand one. If one is to view time as a spiral you can see that we expand and then contract back to center, zero point or Source. I am speculating here, though I deeply intuit that there is much to be known in the study of the equation of Phi and the Golden Mean. It is also clear that there are entities who have co-opted and misused this knowledge to build a construct on decrepit lies and distortion. It is also obvious that these “over lords” require our consent—conscious or unconscious does not make a difference because for them ignorance is the handmaiden of arrogance.

The Fibonacci sequence is a series where each number is the sum of the two that precede it. It starts from 0 and 1. The Fibonacci sequence is found by 0, 1, 1, 2, 3, 5, 8, 13, 21, 34, 55, 89, 144, and so on, which leads one to think of infinite expansion. In my mind I pondered its reverse when the expansion collapses or implodes back to 0. I haven’t yet researched this idea, being I am fundamentally allergic to mathematics. In visualizing a spiral motion, Ie: starting from a single point and expanding not only on the horizontal but the vertical plane, moving upwards is the usual motion we visualize. If one adds a downward spiral from the same point, it too seems to move outward in an infinite curve. In my studies of plasma physics, electro-magnetism and the nature of the Aethers, these movements will return to 0 in a continuous motion, thereby creating the torus. The limits of mathematics becomes apparent due to its linear expression, that is until one adds geometry. While this outward spiraling expansion is the foundation of creation we also know that all things in the manifest world of matter will eventually end their life cycles and die or cease to exist.

Time is a concept, ie: in that it is not a thing, it doesn’t exist in the traditional sense that we think of the manifest. It is but a measure for we keep track of its passing, it is a movement because we perceive it as so. And yet when we, if even momentarily cease the measuring, cease the linear view and can sit in the great silence that is all, time ceases to exist all together. Time is a conceptual measure made by the mind and sits like a Zen Koan, unanswerable and yet its contemplation can bring an illumination. Ah! But what does a mere mortal do with this non-existent but ever present concept?

My perception of the celestial bodies overhead is that they are luminaries, living bodies that impart knowledge, order and thus are the real keepers of time. We’ve been hoodwinked into viewing them as spheres made up of rock, dust, or gases. We’ve fallen into the slumber of listening to “the experts”; astronomers, astrophysicists, mathematicians and academics that in great part has disenfranchised us from our god-given senses; we no longer trust our inner voice and resources. It is only when we break free of our indoctrination that we begin to see the great mystery of creation in all her beauty and simplicity. Learning to embrace the inner voice, trust the inner visioning and to not be thwarted in sharing these in case you might be wrong, a luminous pathway opens. One such insight presented itself to me years back, the flower of life orbit of Venus, the Morning Star, and known as the goddess of love. The enchanting pattern she traces also has a beautiful harmonic if you can hear it.

I like the old drawing since it telegraphs that the geometric pattern that Venus traces has long been known. The below is quoted from a piece I published on October 10, 2018. It still surprises me how I continue to spiral back to previous musings. Adding that this time, now 4 years later, my search brought up nothing on the relationship of Venus and Metronome.

“One of the most enigmatic words that came to me several years ago was Metronome, I have mentioned this in a few of our recordings. In the research that has ensued in the passage of time this name and the connection to Venus are still in process of being inwardly realized. Sadly wishing to go back and include some of the research articles here I found they are no longer coming up in the search engines. Another warning that the machine mind is rapidly removing links to a valuable library of gnosis. (This has been also confirmed by other friends who are also spiraling back through their own research). One of the links I did find bookmarked was this book:

RERUM FONTIS Lectures on Esoteric Symbology  which speaks of the relationship of Venus, Metronome and Aphrodite. (pages 64 – 67)

Again we are shown the X … or hour glass or Metronome. I am leaving this trail for others to follow if they find resonance here for we are in the “spiraling time” of Cosmic disclosure that is the infinite.”

Metronome is a measure of cadence, I think we all can even hear one in our minds, the clicking of the needle as it swings from side to side. Its use in keeping the rhythm of a musical score well known. I bring these facts to this writing because of some deep knowing that while the luminaries of the sun and moon mark the day, the night and the seasons, Venus has a big part to play in the longer cycles and as Venus would, marks the seasons of love and abundance, She measures time beautifully.

Ending my muse with this thought—as more humans find the Source of their being and stand upright in stillness, one can ask are we not collapsing time? For by truly letting go of the past and allowing the future to manifest from the All we no longer need to repeat a loop or cycle. For myself this is a purification of the soul process we are all being called to answer right now.

Tick-tock, tick-tock as the sands of time run through the hour glass our time is nigh. . .

Only One Key | Chiron Last

“The Truth and the Spirit is not for sale. It is not something to be marketed. What a blasphemy to