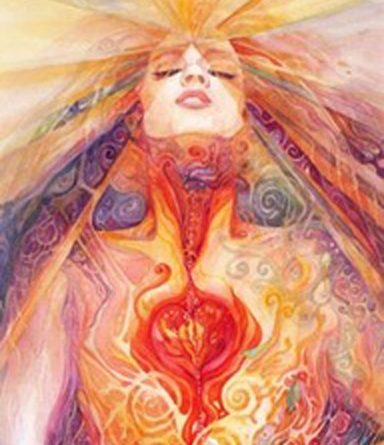 How does one prove the subjective nature of reality? This is a question that plagues the mind but leaves the heart undaunted once whole.

A friend’s question about my seeming certainty on aspects of reality has prompted me to write this. I know it worth my time to try and elucidate a process,  one that could be called an experiment, that a group of friends have been deeply immersed in.

We are aware that we are not alone in this; small circles of coherency are popping up everywhere now.

The basic tenets are:

We are more powerful than we have been led to be-lie-ve.

We have been fractured, and unnatural attempts have been made to keep us from re-member-ing and recalling our wholeness.

That truth is an inner journey and unique in its discovery yet universally true in its message.

That Love is The force that animates all LIFE.

That Trust and Honor are inner codes of conduct.

That we are immersed in fields and streams of intelligence and our ability to decode them has been purposely, not using good or bad here, derailed.

The paradox in which we find ourselves is thus; two opposite points of view can be equally true. That for every action there is an equal but opposite reaction, this needs to be confronted and dealt with to ever hope to navigate through this reality. I say through, for indeed it is the narrow path so many masters and mystics have been showing as the way for eons of time.

The path has always existed, though the complexities have multiplied over time.

That everything within creation communicates with everything else, the Universe is always informing us and we inform the Universe. To the degree we establish soul coherency is the degree in which we realize (see) the responses.

The Universe’s intelligence is unconditional, impersonal and responsive in measure.

When one individual penetrates the surface and begins deciphering, decoding, unraveling, unveiling, this permeates into all the dimensional realities instantaneously and simultaneously.

That what is occurring right Now is an emergent process, painful but necessary.

How does one Know? To Be or not to be? That is THE question. For ourselves the answer has been revealing via acute accurate observation outside the paradigm of right and wrong, some would define as the box or cube.

The willingness to abandon all preconceptions is key, to have all your concepts and beliefs challenged.

A little necessary background on how the above statements came about.

In 2012 a small group of friends met on a large conspiracy theory forum; feeling an urge, we gathered as a Skype chat group. It was a calling, not a plan, and there was really no agenda. To describe it accurately, one could say it was an idea whose time had come, a spontaneous eruption of an idea, and with the choice to execute, it began to actualize.

In the beginning we were all female, a few gentlemen hung out but pretty much held back. We established no rules, no schedule and certainly no agenda. There appeared in the gathering a sincere desire to somehow be participants in healing a world gone mad and psychopathic. A certain urgency was felt. The impulse was to show up and serve, to somehow be-come effective.

Almost immediately, again we did not establish any code or morals, we discovered in each other a rather rare quality; we had all arrived at an individual choice, to withhold judgment, of each other and of the information we began receiving. This we eventually knew and called a Trust field (one could now say Truth field), and the energy grew within that fertile ground. We desired no rules nor asked for any, since we all had done enough inner work to allow and support each other in our growing knowing.

We learned to discern, which is not judgment; discernment comes from collecting a large data base, uploading it, examining it and observing patterns.

We gathered and still do at random hours. To begin we simply sit with each other until a vision or impulse arises. At first it was the Spirit of Gaia, Sophia that we heard, intuited and felt with every fiber of our being. Senses awakened, the five, and the extrasensory ones that we listened to sharpened.

It was powerful to be-hold, how well our abilities complemented each other, one heard, one saw, one intuited, one held … harmonious with each other. Giving each other affirmation, confirmation for these subtle abilities. We began piercing the veils. As we learned, we honed our skills, distinctly aware in every session that what we were healing wasn’t just out there any more than in here. We were challenged, beaten and pushed back, but we prevailed. Individual fears crept in, doubt raised a shadowy head, desperations were felt, lethargy so overwhelming at times one could barely rise from bed. We just kept meeting the challenges head on; when one floundered another picked up. It was so apparent to us why the dividers and haters couldn’t tolerate our coherency. We manifested in love, in joy and in grace.

Almost every session would end in peels of laughter and joy. Sometimes we would stay with it for hours, until the release. And we saw with our inner eyes whole fields clearing, dense matter lightening. Ancestors waking and walking with rivers of tears of gratitude.

The dragons made themselves known; old Draco reptilians became friends – one simply must live long enough to see a Draco try to smile.

And change, always change … we learned to flow, to not hold back.

Our confirmations weren’t just on the other dimensional planes either. We watched certain nefarious plans foiled, we felt volcanoes calm down, we rode the telluric Earth energies part of them, and they too responded to our presence. We lived with awe and still do.

Earth Empaths was born from this group, another spontaneous action on the part of one. It seems one acts, another follows and then the other way around. The personal diminishing all the time, yet the individual growing in strength in knowing, that is how we are here. An overflowing is occurring, too much is seen and taken in, it simply must be shared.

The Working hypothesis is:

The fields of intelligence can be defined in four categories. They are subjective and knowable.

That return to Source could be considered a trap, though it can be consciously chosen.

That we-are-one as commonly used is misdirect in some aspects; more accurate for our model is that we are individuated divine sparks interacting in an unified field of potentiality.

The spiritual sciences are expansive and not complete.

We are individual angles of perception and once “actualized” we become angles of projection.

That something went seriously wrong in our quadrant of the galaxy, the Orion arm.

That many are here from the future.

There are beings of magnitude in human form, called from distant galaxies. They will not violate our Free Will.

That we are caught in a simulation that has been purposely designed to loop back on itself.

There is a way out.

It is a matter of choice.

The above statements are the result of almost four years of a coherent group working together. They are not the result of one person’s imagination. We are currently going deeper so the above is subject to change.

We feel we are on the tip of a spear, standing on the edge.

We do not speak to indoctrinate nor instruct. We simply put forth for your consideration.

In the coming months we will continue to build our work and invite your input.

Shared with joy for life.