A video that should be heard, shared and shared. If you have family and friends who refuse to take responsibility for the noxious agenda they need to be informed and sadly once informed many will still do nothing and sadder still they will bear the full brunt of their participation in allowing this to continue … Prayer way up high!

— covered in video is:

Israel’s role in Middle East as the war machine that is fueled and backed by US funds.

and more… In his heart felt plea to humanity I sat with tears running through my whole being and want to say once more, Wake the Fuck UP people! 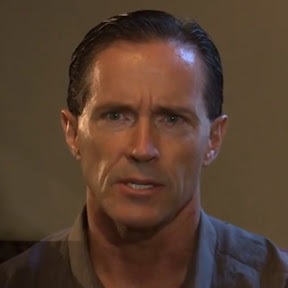 http://GeoengineeringWatch.org TO READ OR POST COMMENTS ON THIS VIDEO, PLEASE GO DIRECTLY TO THE ARTICLE http://www.geoengineeringwatch.org/ge…
Our hope and goal is for this video to be shared far and wide, DO NOT re-upload this copyrighted video without prior written permission and conditions from GeoengineeringWatch.org Industrialized / militarized civilization can only be rationally described as an ongoing train wreck of total insanity. The unfolding disaster is now accelerating exponentially.
The beyond blatant behavior of those who wield power should be fueling unbridled anger and outrage in populations, but so far the majority of the masses (especially in first world nations) are completely complacent and content with their material world. Toxic vaccinations, GMO foods, fluoridated water, contaminated air, and plenty of power structure propaganda, all have taken their toll. Perhaps the greatest weapon the power brokers wield is weather and biological warfare. Both have long since been fully deployed, and even now the vast majority are completely asleep at the wheel. Once the foundations of the current paradigm completely collapse (a time which draws near), the paradigm we formerly knew will overturn in the blink of eye. Though the rest of the story is not yet written, how much of it may yet depend on what each of us does for the greater good before collapse occurs? How much could we collectively affect the equation for the better if we all efficiently engaged in the battle to sound the alarm? None are helpless, all are needed at the front lines of the fight to wake the masses. If we are to have any chance of turning the tide, the effort will take all of us.
Dane Wigington To follow us on Facebook, click here: https://www.facebook.com/dane.wigingt…
To follow the latest GeoengineeringWatch.org videos please subscribe to our four youtube channels below:
Dane Wigington https://www.youtube.com/c/DaneWigington
Geoengineering Watch https://www.youtube.com/c/Geoengineer…
GeoengineeringWatch.org https://www.youtube.com/c/Geoengineer…
Geo Watch https://www.youtube.com/c/GeoWatch
The latest and most effective GeoengineeringWatch.org awareness raising materials can be found at the links below: 2 sided color glossy informational flyers: http://www.geoengineeringwatch.org/ads/
20 page fact and photo summary booklets: http://www.geoengineeringwatch.org/cl…
To view the locations and photo credits of the images shown, click here: https://www.facebook.com/geoengineeri…
Post Views: 413
Recommended Videos

As I listen to these two men, soul brothers really, I am struck by many resonant thoughts, inspired and uplifted.