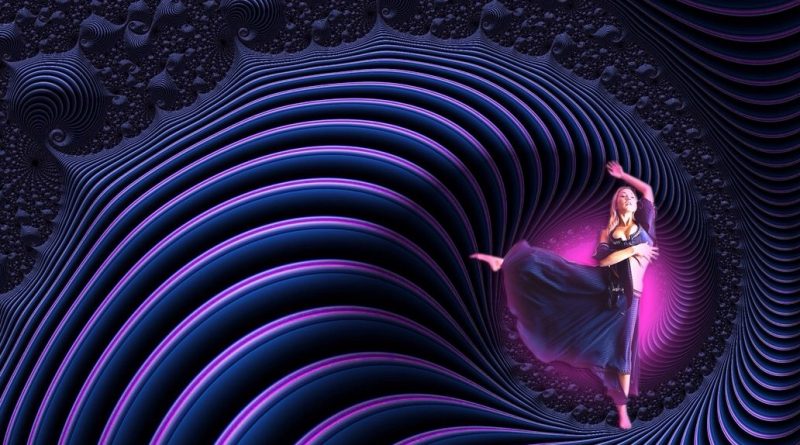 Something has been on my mind for a while so I’ll see if I can gather my thoughts into something meaningful.

My husband occasionally turns on the TV news in the morning on his days off for a few minutes. In a way it’s a great reminder of what the world “out there” is like since I manage to isolate myself from it for the most part. Those two sentences there I will have to come back to as I weave my way through this.

Another thing I notice is that when I take a look, and I do on occasion, at other alternative forums like PA (Project Avalon), TOT (The One Truth), Project Camelot, and even our little forum, I notice that we basically quit talking about the same stuff we were going on and on about just a few short years ago. I could be wrong, but I sense a feeling of being jaded has set in to a certain extent. Like, all that knowledge yet the agenda seems to march onward. What did our knowing really do for us?

And what did we discover about ourselves in this process of unveiling? That I could write a book about. It was definitely worth the trip, as far as personal growth and awareness goes. But so much of what we have discovered is disturbing indeed. Pedophilia at the highest levels goes on unabated, slavery still alive and booming, mind control programs everywhere you look, in the schools, on all forms of social media, at your local religious institution, in medicine, and definitely at the corporate level on most everything. There’s agriculture and it’s love affair with Monsanto, the tainted food we eat, the air we breath. The damn weather report can’t get it right anymore with geo-engineering being in the mix. Then there’s the military industrial complex and all those who profit from death. Prisons for profit, but laws that aren’t enforced on select members of society. And so many other areas of deep subversion that it would take too long to list. There is no end to the lies we’ve been told and even that grows old after a while. So what do we do with all that information?

True spirituality is a personal thing that, in my mind, should be tailor made to fit each individual’s unique needs and relationship with The Great Spirit. There may be many names, but it still comes back to if it isn’t personal and real at the individual level, then it isn’t real at all. You can’t develop that relationship by having someone else tell you what is true and what to think and do. How will you ever know if you don’t find out for your self through personal experience that it is real for you? I’m so sick of people making money off of leading people around with their version of the truth. And people just have to follow someone. Not sure why this is, except that the programming must be pretty dang effective.

Which brings me to another observation. Even in the alternative community they mostly don’t have a clue in how to work together and get along. Small groups do, but they can become more like clicks where newcomers aren’t really welcome. And I’ve seen some who talk about sovereignty while they rack up the followers and develop their own brand of dogma in the process. Maybe that’s just what is bound to happen in this brain washed mind controlled reality we now find ourselves in. Maybe most are even truly sincere in their desire to help elevate our consciousness so as to derail this train wreck many can clearly see coming. Still, they do end up becoming for some a cult of personality. I’ve even done this during my first few years of forum life, thinking I needed to hang on to someone’s words as if that elusive truth I was looking for wasn’t so much closer to home. I do have forum life to thank for that, to finally break the chain.

True freedom cannot be gained until there is some personal mastery, at least in my opinion. All too often I have seen budding partnerships and projects go by the way side because we have learned, some of us, to go it alone for so long while waiting for others to find us and catch up, that we still don’t have a clue in how to really work together for the good of the larger community. It makes me sad. For we need one another more than ever now. I look to Standing Rock as a shining example on how to come together in the right way, setting all egos aside and working for the common good. Not placing those with followers above the rest who are merely needed as the audience for their important information. Each and every one of us is important now.

And that brings me back to my earlier mention about watching the “news”, or more like listening to some because we live in a small space and you can’t get away from the sound. I can’t even stand to look at it. Thankfully I don’t get exposed for very long periods or very often. It’s all so scripted and contrived I just can’t bear it. Blah blah blah about Trump this, so and so got fired two days before he could get his pension, Russia that. Have you ever read “Confessions of an Economic Hitman”? I haven’t read it but I did see a program with the guy who wrote it talking about what his job was. It isn’t rocket science, go in, destabilize, sell weapons to (heck, even educate), then steal their resources. Everything is strategic, and nothing is what it seems. But people just don’t/won’t look below the surface. So people, just regular everyday people, men, women, and children, die everyday because of this sickness in society. When did life become so cheap?

I cry daily about children suffering from abuse on all levels, but especially sexual abuse and exploitation. I cry daily about all the people who are running for their lives in Syria. I cry daily for the Palestinian people who are being squeezed into extinction, if Israel has their way. When does it ever end? And how about all the people I see sleeping on the streets of any big city, with no hope in their eyes, as they watch the vacant stares of those who will not look. Poverty is becoming a crime. Speaking your truth is becoming a crime. Thinking outside the box is becoming a crime. And certainly questioning authority. I don’t have any answers, but I do suspect these small seeds that are starting to sprout amongst everyday people learning to work side by side with other everyday people who can find something they do agree on, and decide that the only way to achieve our goals of creating real change that starts pulling humanity in a different direction, that is more honorable and life affirming, is to get along. Is it really that hard?

I have seen it before and I will unfortunately most likely see it again. The followers of one cult of personality, whether intended or not, tearing down another cult of personality individual with whom there is a disagreement or parting of ways, as if we even know the private workings of what has occurred that the rest of us aren’t privy to. I’ve seen it over and over, this meanness, this willingness to throw people under the bus. Most of us have not had the opportunity to be in the inner circles of many of these groups that form, so a lot gets missed. What possible good can it do to jump on that snarky bandwagon when you don’t even know the persons involved on a personal level at all? It isn’t helping anyone, except unless you’re hoping to get Kudos for taking sides. I just don’t get it.

My hope for humanity is that we learn to put our personal agendas and personality differences aside and just start doing things that matter that go beyond acquiring and dispensing more information that we do nothing with. I also realize that as the neck of the bottle narrows we sometimes come into contact with others that we actually know from other lives. We have history, and some times it’s even traumatic and has never been healed. They could be opportunities, but I’ve also noticed that most don’t see it that way, and they just part ways. I hope to see that change too. To do more than just survive, and participate in activities that will actually help towards creating the kind of world we DO want to live in, it starts with everyday people, just taking that first step. It also takes those front runners who have had to go it alone for so long, feeling like the voice in the wilderness to realize that things are changing. It isn’t an emergency anymore, to get the information out there. We’ve now moved on to the next stage, so you can relax your fist hold on the reins. To win this race we must always remember, none of us are an island. We are part of ever expanding circles of life, and we can come together to create a beautiful world, if that’s what we really want. But we have to learn how to work together. To-get-her. The big mama is watching…

There’s something alchemical happening. The spiral dance of the divine feminine is picking up speed, initiating the outflow of the highest notes we can carry. How good is your voice? How strong is your intention? What is your level of integrity? These are all important questions to ponder.