Max Igan, steady and fearless in his truth, brings forth much of the same information I have been reviewing over the past several months. It is a mind bender for sure. I stay open minded and follow my gut feelings. For while we are getting closer to a “truth” of how totally corrupted the spoon fed version of history is there are many pieces still missing. Stay fluid in your thoughts friends, watch vigilantly and don’t ever let it slip from your consciousness how it “us” that are projecting reality. Within each and everyone of us lies hidden keys to popping open the box made of lies.

Max goes deeper into resonance being used as healing devices and possibly as weapons… His comments on WWI I found particularly revealing. 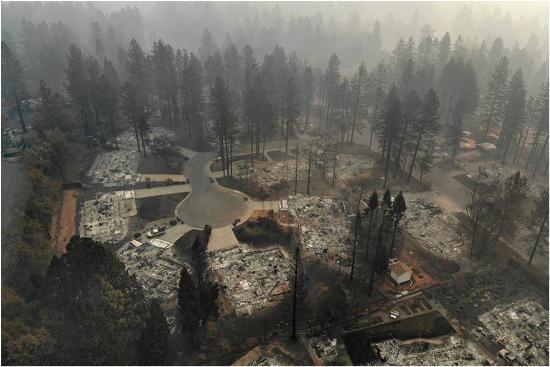 I am including some photos, very telling ones for those who have eyes to see. The first is from Paradise, California in the aftermath of the Camp Fire.

Nov. 15 view in Paradise, Calif., above, shows charred remains of houses among the trees after the Camp Fire burned down more than 11,000 homes. 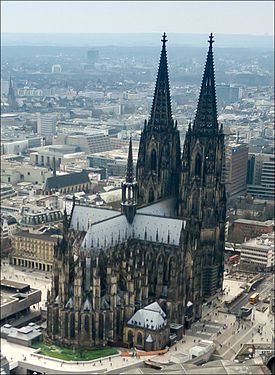 These  are images of the Cologne Cathedral in Germany.

One can ask the question of how a structure of this magnitude and complexity was constructed in “1248 and was halted in 1473, leaving it unfinished. Work restarted in the 19th century and was completed, to the original plan, in 1880.”  Absolutely everything has resonance, often not easily detected as it has to pass through so many installed filters before we can hear clearly. 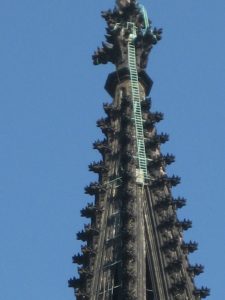 When I read this my heart leapt a beat. I sat with it for a few days and found the spirit of Heyoka playing a drum beat that says, wake up, wake up, wake up. There is a relentless love in these words that sparks the soul lit on fire.

“If you prefer smoke over fire
then get up now and leave.
For I do not intend to perfume
your mind’s clothing
with more sooty knowledge.

No, I have something else in mind.
Today I hold a flame in my left hand
and a sword in my right.
There will be no damage control today.

For God is in a mood
to plunder your riches and
fling you nakedly
into such breathtaking poverty
that all that will be left of you
will be a tendency to shine.

So don’t just sit around this flame
choking on your mind.
For this is no campfire song
to mindlessly mantra yourself to sleep with.

Jump now into the space
between thoughts
and exit this dream
before I burn the damn place down.”

We Found The End of The Old World Order (OWO): https://www.youtube.com/watch?v=ABAhr…

How The NWO Killed The Old World Order And The Fake History Of The Earth: https://www.youtube.com/watch?v=mtqxX…

“The illusion of freedom will continue for as long as it’s profitable to continue the illusion. At the point where the illusion becomes too expensive to maintain, they will take down the scenery, move the tables and chairs out of the way, then they will pull back the curtains and you will see the brick wall at the back of the theater.” – Frank Zappa

“I have lived on the lip of insanity, wanting to know reasons, knocking on a door. It opens. I’ve been knocking from the inside.” – Rumi

Universal Law/sovereign law trumps all others.

TURN OFF YOUR TELEVISION! THROW AWAY YOUR SMART PHONE!

Open discussion, criticism and debate is welcomed, but coming to my channel and opening your comment with an insult, a personal attack or an accusation will get you instantly blocked. If you feel you have been blocked unfairly, please feel free to email me via http://thecrowhouse.com/contact.html and I will unblock you.