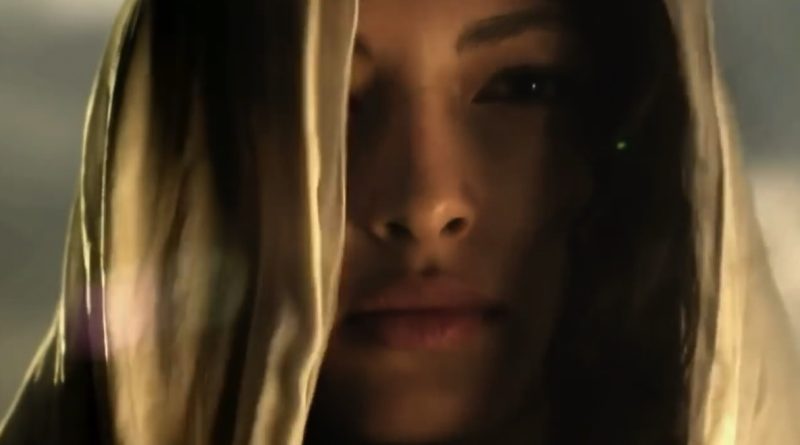 “I am the silence that is incomprehensible

and the idea whose remembrance is frequent.

I am the voice whose sound is manifold

and the word whose appearance is multiple.”

The purposed subject of my writing was to be an exposé on the root of evil; this is such an elusive subject where one can easily become caught in an inner dialogue; Is it this, is it that? The question of the root of evil went on the back burner as my last few days have been full of people, tending shop, long and often sublime deep conversations with the right amount of laughter in the mix—throughly enjoyable being with people simply being human.

How do I impress on my readers the liberation that comes with trusting Spirit, Pronoia—trusting the great forethought of the Divine? This is by no means an easy pathway, it requires the letting go of everything you have ever thought or clung to in an attempt to find some permanency, some meaning—a purpose to life. In Buddhism, from the ancient Pali, there is a word, anatta or no-self, this is often interpreted to mean there is no self, though from listening to Ken Wheeler, who is literate in ancient Pali, it is the statement that repeats; this is not the self, this is not the self—in other words one is led to discharge all that is impermanent, the finality of this would be finding the one remaining absolute of Self, which of necessity would be the Divine spark that resides within each manifested form of consciousness, in the human it would be the state of Being now liberated from all false identity. In Christian doctrine it is the simplicity of I am. The true contemplative will embrace this, while the ego-mind will go on automatic to reject it—the forces of material duality are extremely strong and in most instances will reinsert themselves the second someone returns from the silence of the void. I don’t reject this for it simply is, and by somehow embracing both states of consciousness in the One, the eternal battle loosens its grip and finally ceases.

There are as many paths as there are people, we each find the way in a unique time and fashion. Realizing this alleviates any need to judge another. Of course, this doesn’t mean we shouldn’t discern, for discernment is based on experience, it is not a mental game—for the mind is the most compromised aspect of the conscious self. Starkly stated; most if not all of us have been subjected to a great degree of mind control; false doctrines, false prophets, seemingly insurmountable traumas, and the ever increasing invasion of frequency manipulations. The who and how this was accomplished is becoming undeniably clear for those who have relentlessly sought Truth—though this search is only a part of the ultimate Truth. Speaking with a friend yesterday, he ruminated on being a seeker, which sadly can easily become the eternal seeker, the one who looks everywhere outside the self for answers, guidance, and affirmation—on closer introspection, the irony is, that this therefore becomes a confirmation of the reality the seeker is trying to turn away from. For a seer it is easy to see who is responsible for its own creation, for without accepting the weight of total self responsibility the shadow or subconscious mind will continuously put obstacles in the path, the stones of false beliefs and traumas that most people stumble upon—again and again. This is inevitable until one ultimately is faced with the only act left, that of complete surrender. Grace will then open the door to the Divine emanation of Pure Presence. The thing about Grace is that you can’t pretend it touched you, you can’t demand its attention, and try as you might, you can’t make this moment happen; for these actions negate the very essence of her presence.

Going onward with this muse I will be sharing some of my own ways of having dealt with this along with an evocative and in some ways disturbing (to the ego), piece of Coptic writing.

This is Dr. Justin Sledge giving a short dissertation on this piece of writing that was found in the Nag Hammadi library. As he explains, this text is written in an obvious feminine voice. His channel contains a wealth of subjects within the often defined field of esoterica, for those who are interested.

What struck me, quite literally like thunder, was how it was a more full expression to an old piece of writing that I had published in 2015, with the postscript that I had written it in 2013, a decade ago. Reading it again I am struck by how closely my soul memory flows with the Gnostic perspective. Titled: Is This Not Me? … it is clear that I was searching out a path, one that disappears for a time to reappear when one is ready to follow it to its conclusion.

The word Thunder in the title seems odd at first, out of place, yet it so fully enraptures the context of the script that one, perhaps of necessity, will stop to feel the fullness of the sound. The mind will rebel at these words, it will become confused by the juxtaposition of the paradox. Let thunder strike, allow it to resound and shake through your being removing the obstacles that have been installed—generation upon generation.

Let the smell of the coming rain promise something new, pure, and without contamination. Just for a moment stop the mind and sense Presence.

What is evil other than that which we have become so entangled and complicit with. One can only assume that it has always existed within the realm of possibility. I have always appreciated the depiction of satan, the adversary, in Mel Gibson’s Passion of Christ, moving quietly and stealthily through the crowd—hunting for every opportunity to make an inroad into the human vessel. By quieting the incessant arguing of the dual mind, one becomes the silent observer, only then can one see all the ways that this shadow-of-self clouds the field and slips inside; in most people this happens without them realizing it is so. Our complacency with its offerings has been our further downfall, the comfort and “safety” the system offered was accepted with just-the-way-things are nonchalance. When did people accept that voting for the lesser of two evils as good? I still hear this repeated to me today, shake my head imperceptibly, and open my mouth to help these folks comprehend that by putting a mark on a ballot they have fundamentally given away their inherited rights as a sovereign being—they hardly ever go deeper, to stare at themselves in a mirror, to realize that they sold a piece of their soul to believe they did their hive-minded civic duty. How cheap the price for your soul. Nobody gets a free pass and all the ghosts of even the most innocuous seeming acts will eventually come back to haunt. Therefore it is we the people of the earth that have allowed this great evil to get a strangle hold on our very life blood, therefore it is we the people who must find the inner strength and courage to stop complying in every-way-within-our-means. Liberation will only come when we finally and fully let go of—well, we have to let go of what we think we need most to survive. That is not a statement meant to encourage giving up, it is profoundly metaphysical. If the truth be comprehended we are in the process of leaving a densely material existence, a new epoch is forming where the spiritualization of matter is pre-eminent.

Around me, I see an aging population who complacently are ready to go to the grave. I want to shout, though having learned that usually projects an energy that is repulsed, I will speak here on the page; you folks are in the ripeness of your lives, you have the most to give and yet you see it not. What a stranglehold this ego identification has, how often do you realize that most of your thoughts are not even yours, the mind has been caught in deep channels in your mind— repeating loops of programming. I would be remiss to not direct part of this love-rant at the younger friends who, while wide awake to the agenda, have not yet turned their intellectual prowess inward. No wonder people continue to feel miserable and depressed. Perhaps some of you who have spoken with me will think, how dare she? I dare because I must, I dare because I love you, I dare because we are all the Beloved—and yet you see it not.

Today we are facing the greatest challenge human’s have confronted. So hear me thunder, hear these words spoken in all the fullness of their import—you too, have been all these things, for all things come from Source. The Perfect Mind, in silence, knows this and is at Peace with Itself, Yourself, All Selves, the ONE Self. Amen.

Due to redacted, rewritten, and censored books of Scripture people are accustomed to the voice of God, Christ, and Spirit being a masculine one, so they will often reject the feminine one.

You can find my writing on Substack: https://aure0sky.substack.com/